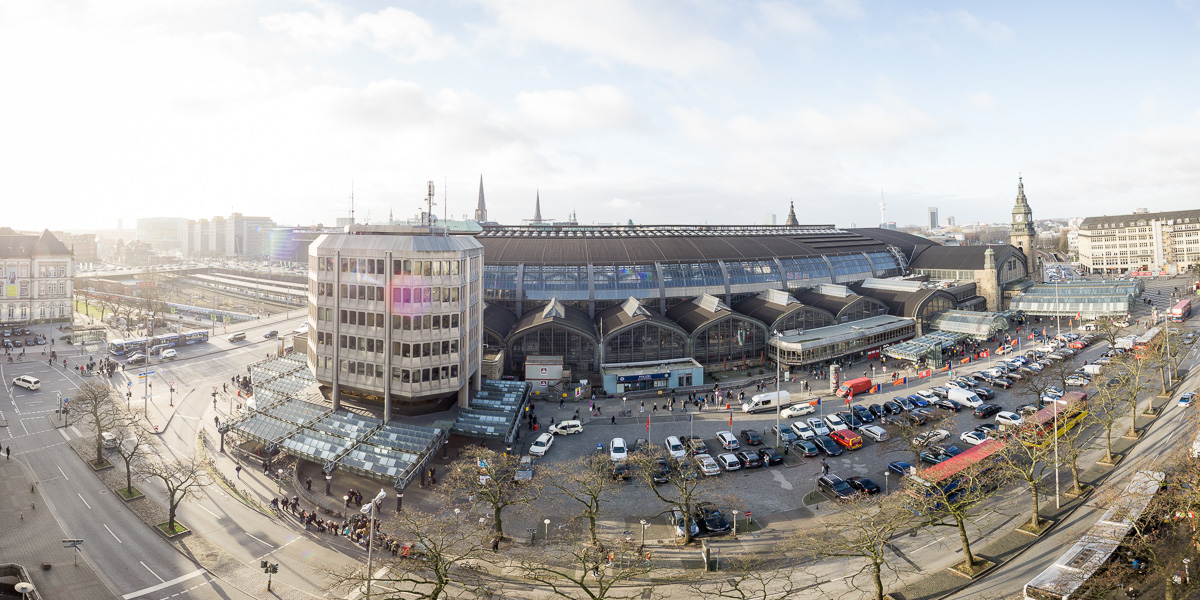 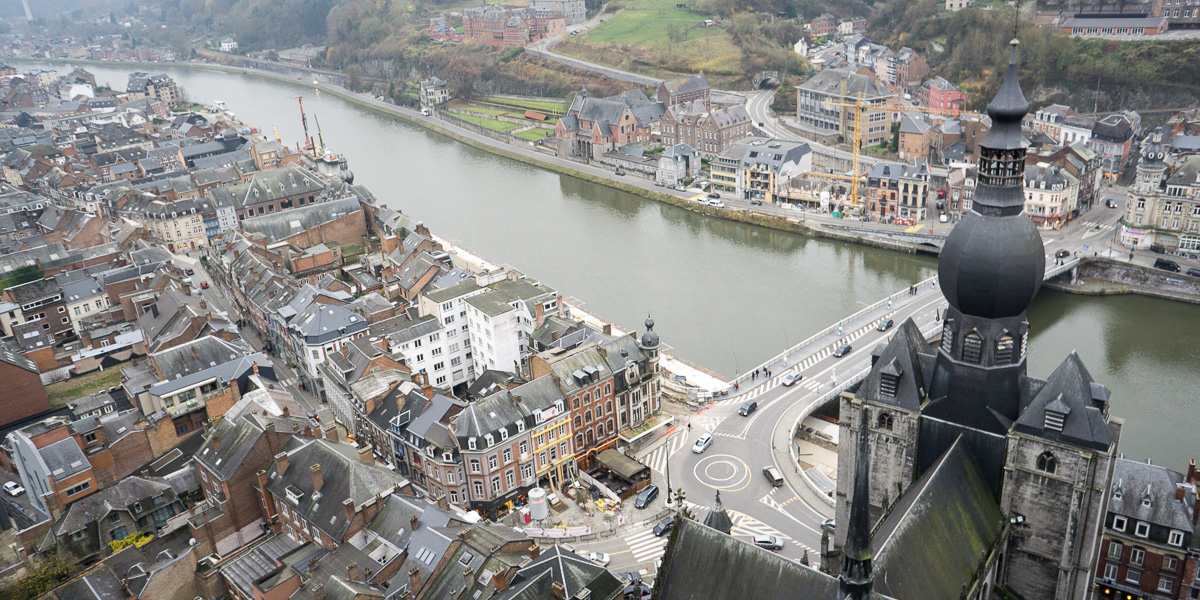 I’ve built a medium-sized camera housing a while ago for a stationary multi-day/week installation. Version 2 of the outdoor camera housing is intended to be a little bit more portable. 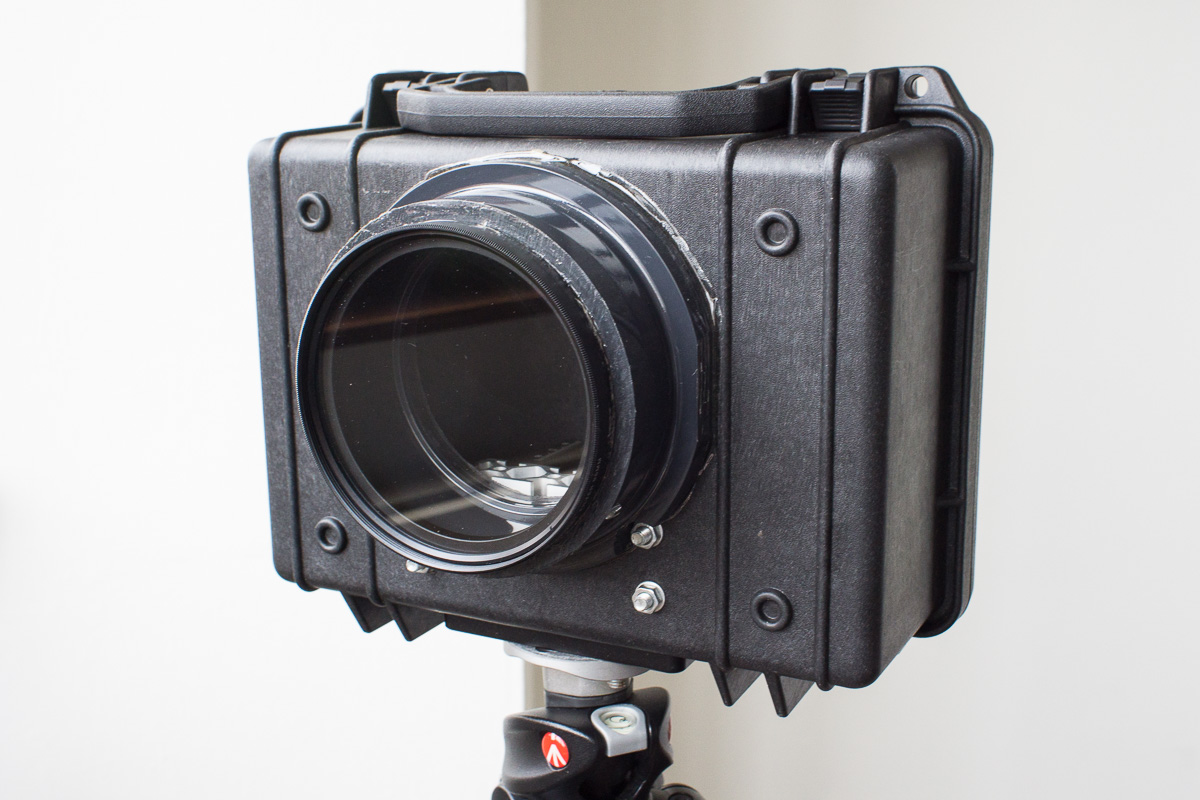 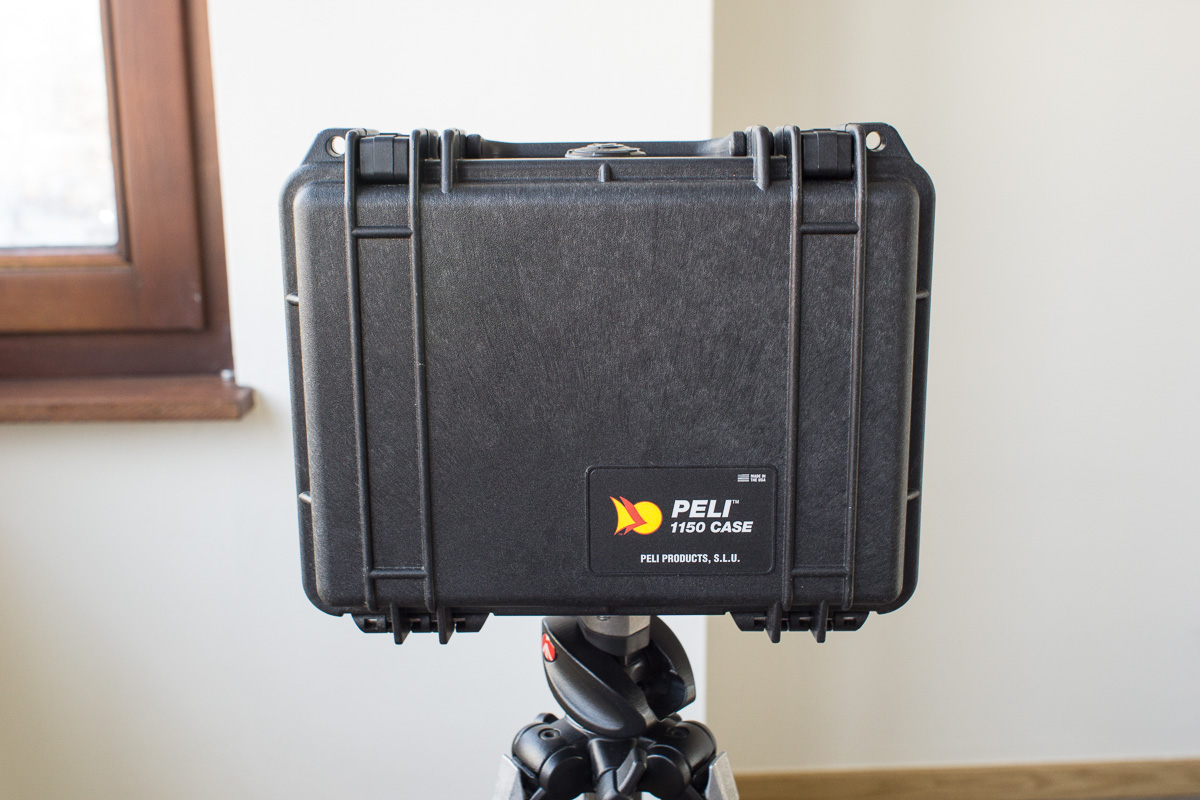 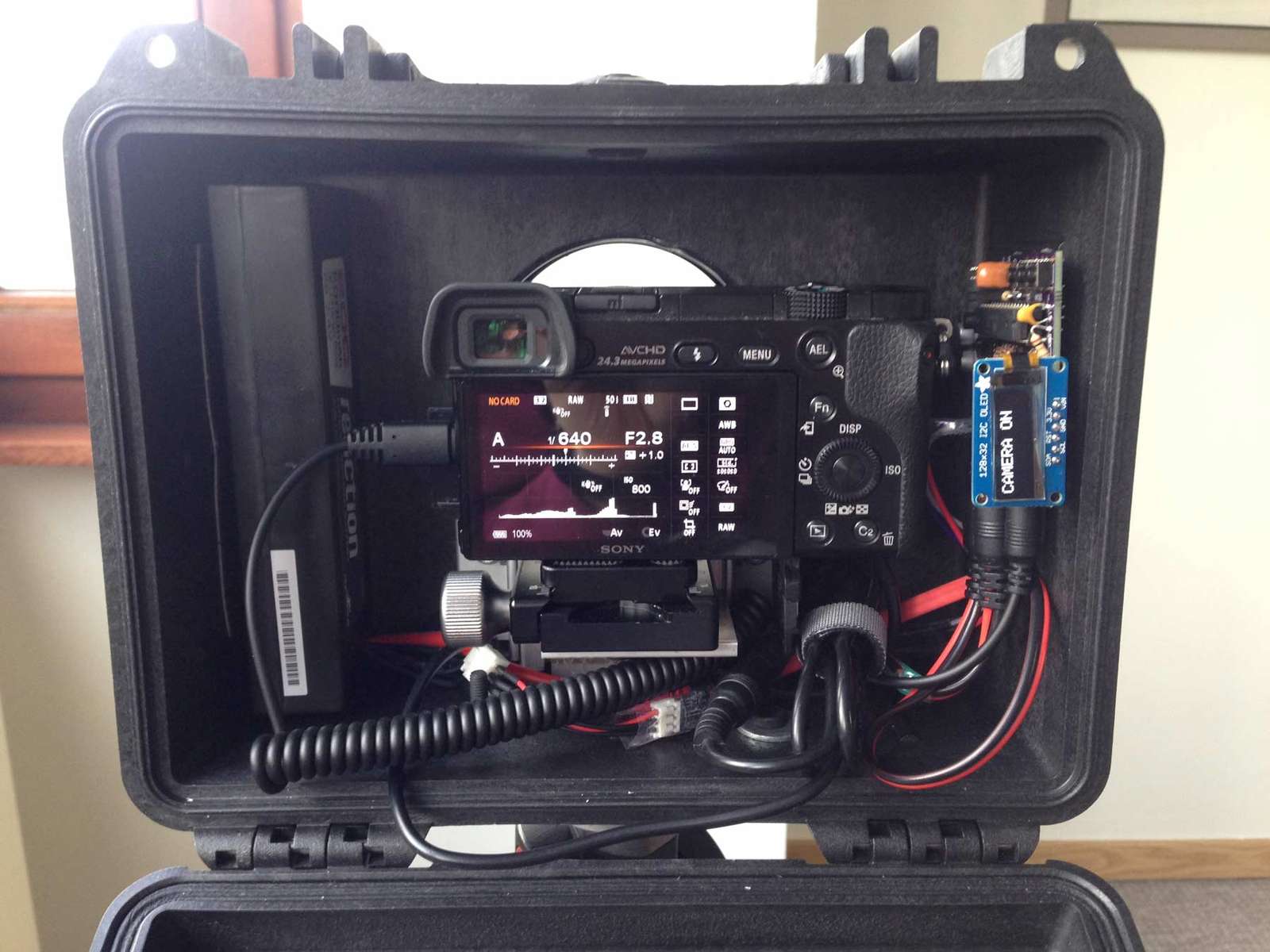 The original component is a 1040mAh Lithium battery, listed as 7.2v output (NP-FW50). So the best replacement with a litte bit more capacity is a LiPo 2S battery for RC-cars and planes. 2S means 2 cells in series, each one provides 3.7v, so 7.2v for the whole unit. The usual RC-LiPo is made for really high output, provding insane levels of current. That’s not really needed in this case, so a cheap one with less ultra/extreme ratings is probably not a bad choice. I opted for a 5000mAh model by the brand Dymond.

How to check if the battery is empty

LiPos with more than one cell have a balancer cable which gives direct access to every single cell. It’s used to level the cells while charging, but you can also use it to check voltage levels to prevent total discharge.

How to release the shutter

The Sony a6000 I use has a Micro USB-Port with additional pins called Multiport Connector for the remote control function. Some cheap intervalometers use a camera cable with a 2.5mm Audio-Jack which you can buy separatly and that’s probably the easiest way to get the a6000 hooked up to your controller board.

Pelicase 1150, second to smallest case in the ‘normal’ pelicase series. 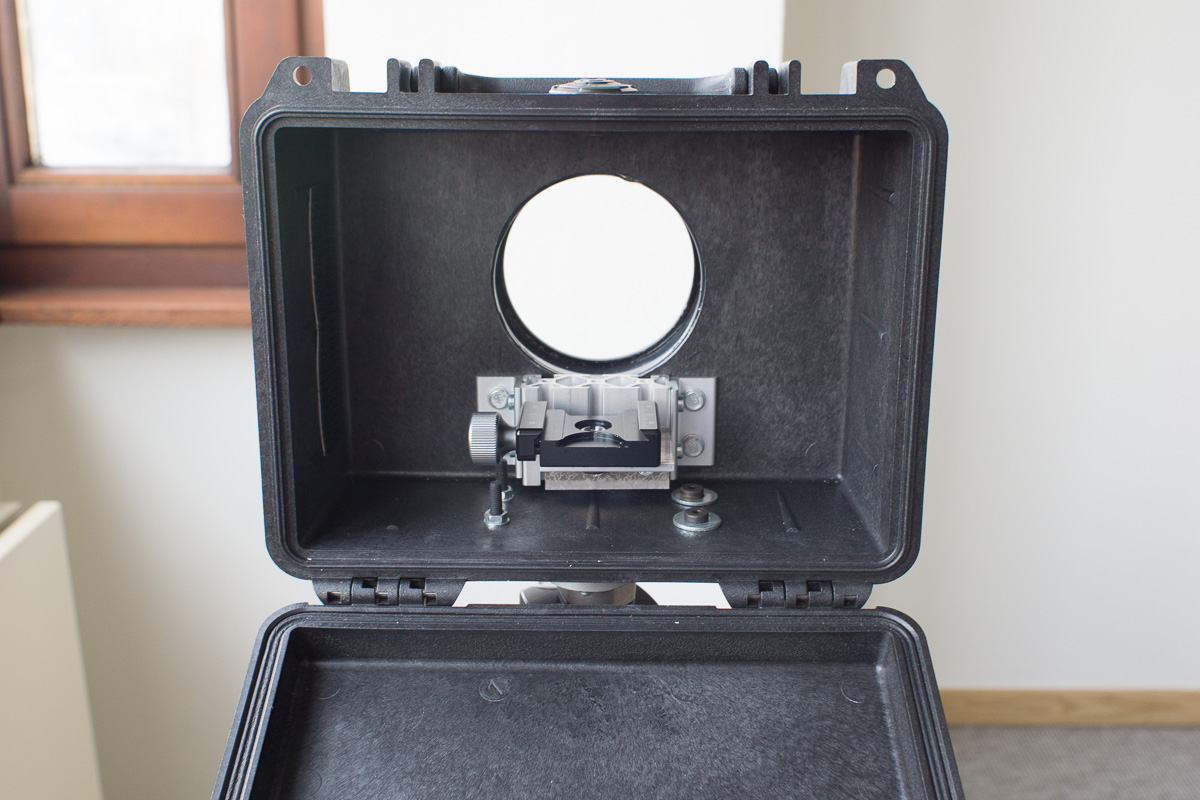 Initially I planned to use 20x20mm aluminium extrusions to build an L-bracket which can be adjusted in Y direction. In the end that took up too much space, so I used 20x60mm aluminium extrusion as a rail to adjust the height of a 4mm Aluminium bracket with drilled holes to fasten the Arca Swiss clamp. 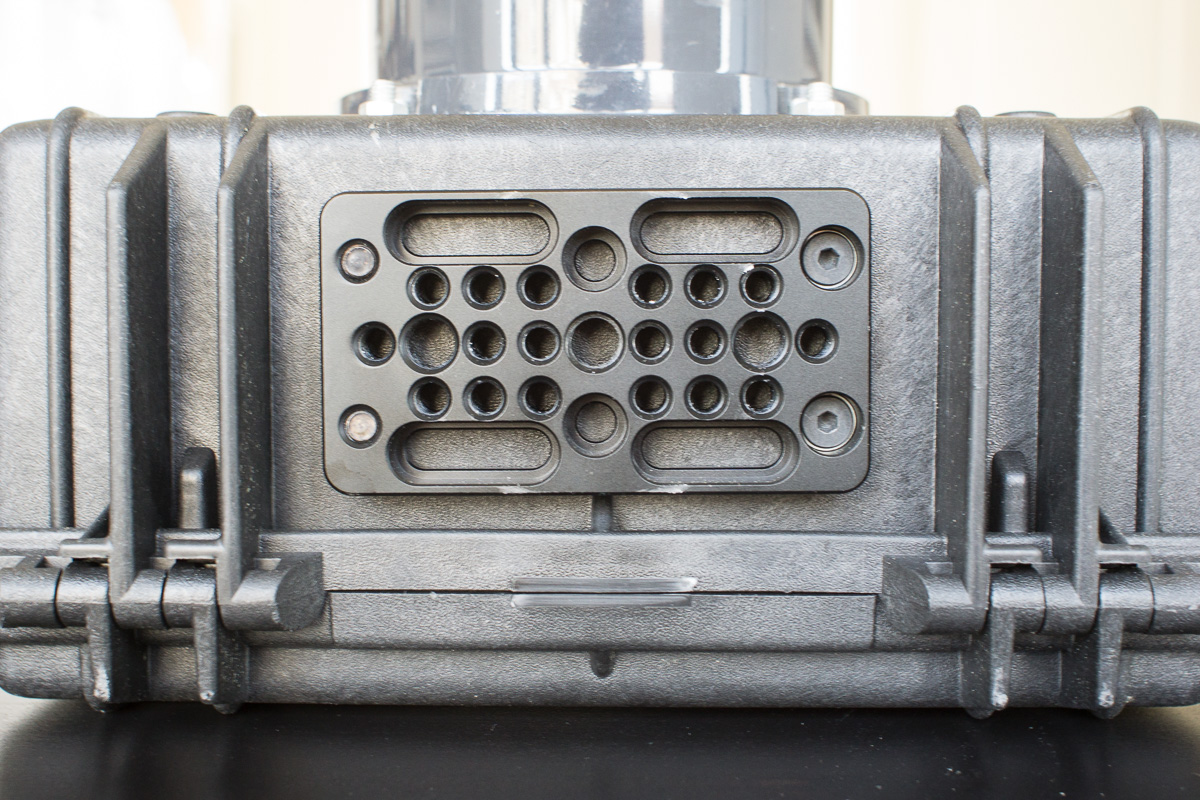 The housing itself is mounted on a cheese plate with 1/4 and 3/8 screw threads. Certainly not the cheapest option if you need more than one, but easier than buying the tools to create screw threads in a raw metal plate yourself. 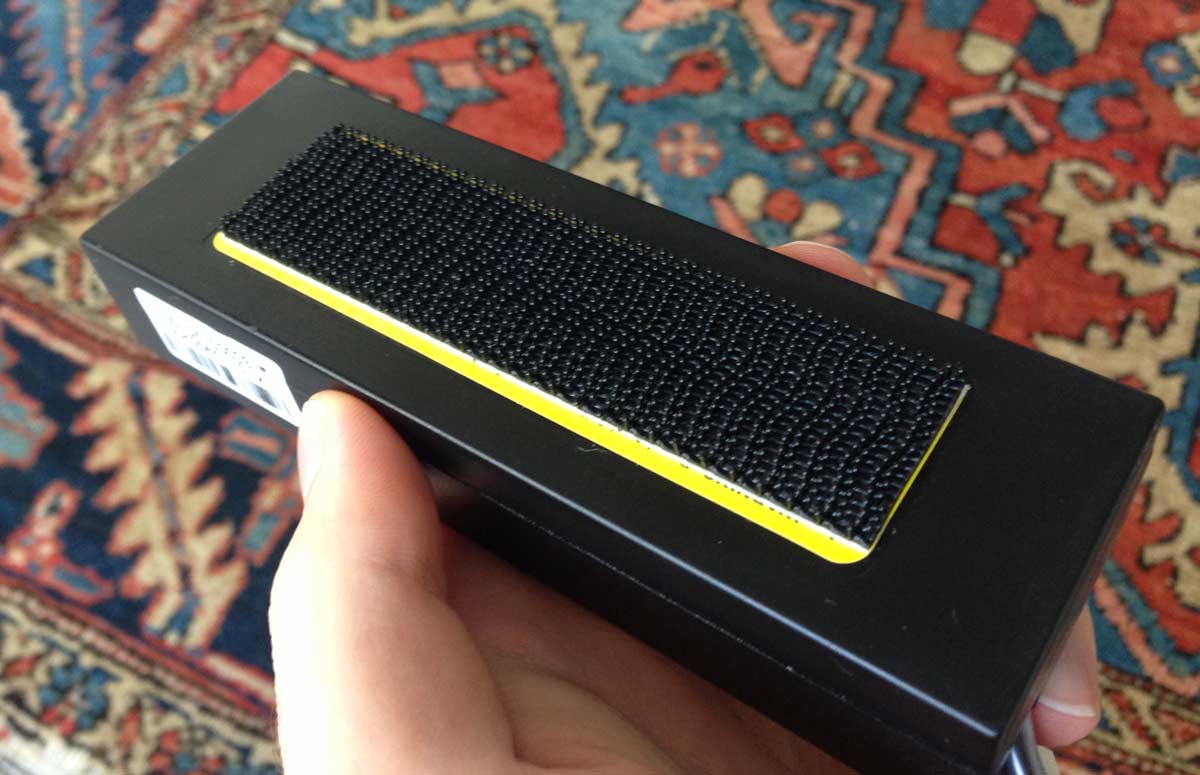 The battery is fastened with 3M Dual Lock velcro substitute. It’s not perfect, but really sturdy. The downside is the heavy price tag, ~12€ per meter.

Sony a6000 bought used. Probably the best thing you can get for this job. 24MP sensor, quite small and easy. Lens is a 12mm f/2.0 Samyang with manual focus. It’s relatively small, set to infinity focus at f/8.0 and works like a charm. 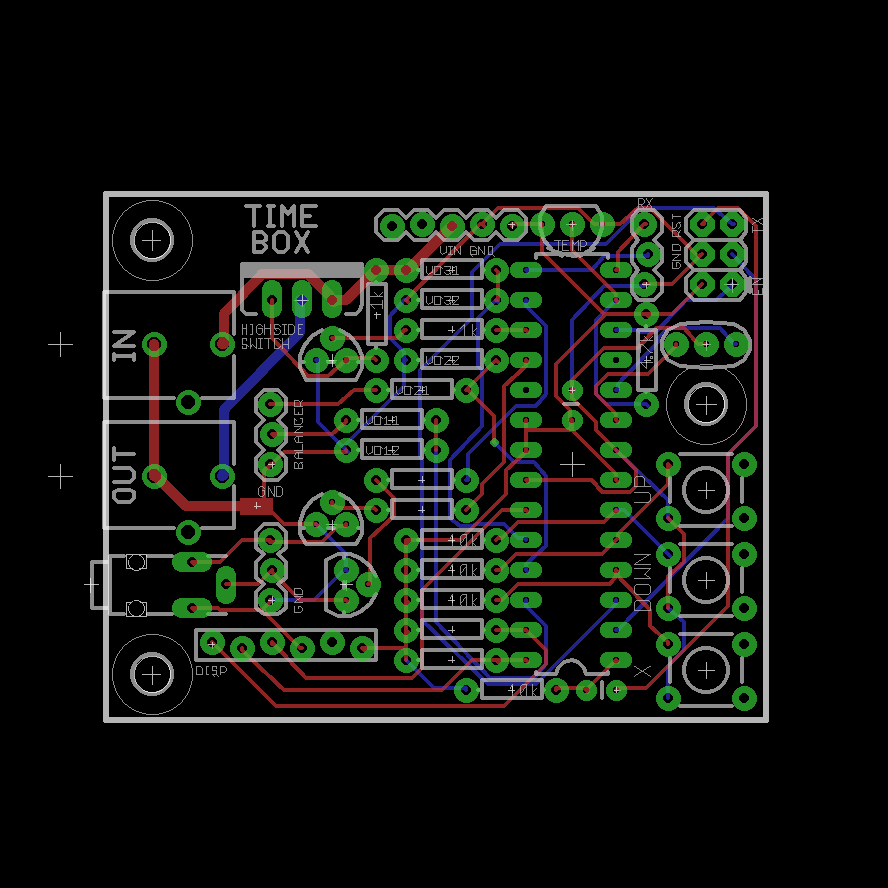 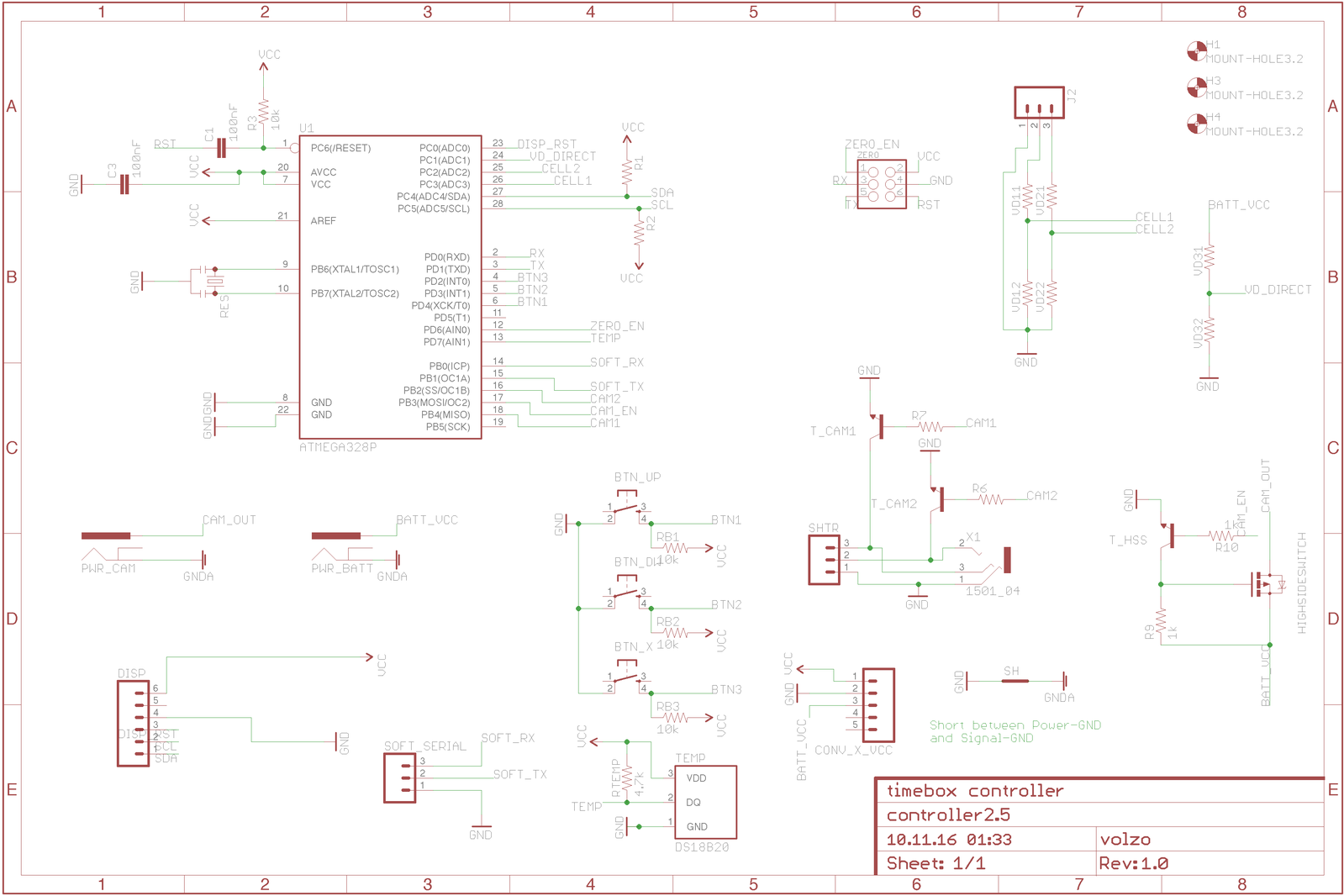 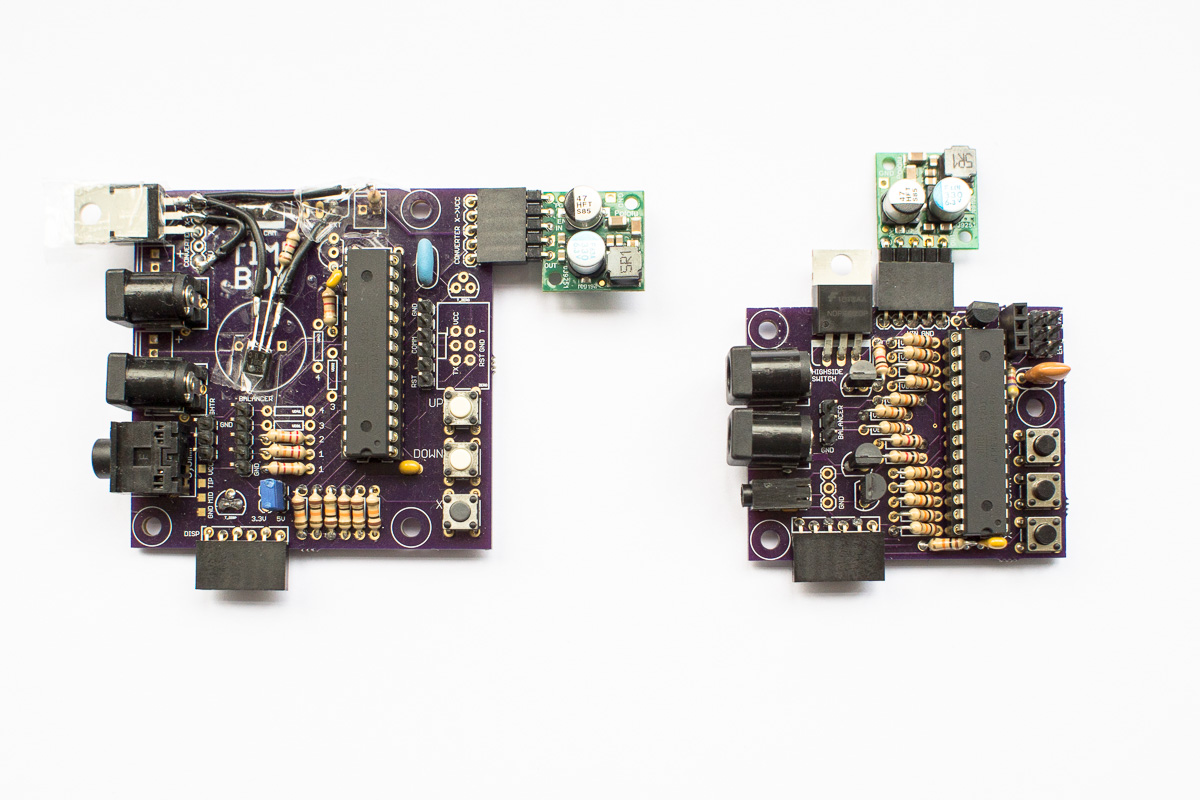 A microcontroller (atmega328) switches on the camera and triggers the shutter via the shutter remote cable. To adjust settings without the need for a laptop, there is even a display and 3 (three!11) buttons on the board. Switching the camera off and on is done by a P-Channel Power Mosfet which works with 5 and 3.3v too. PCBs ordered at OSHpark. Great quality, no shipping costs and reasonable 5$ per square inch (and you get 3 copies of the board). Only downside it takes about a month.

Basically the same as for the Outdoor Housing v1, but this time containing a bit more smartness and less dumb mistakes. 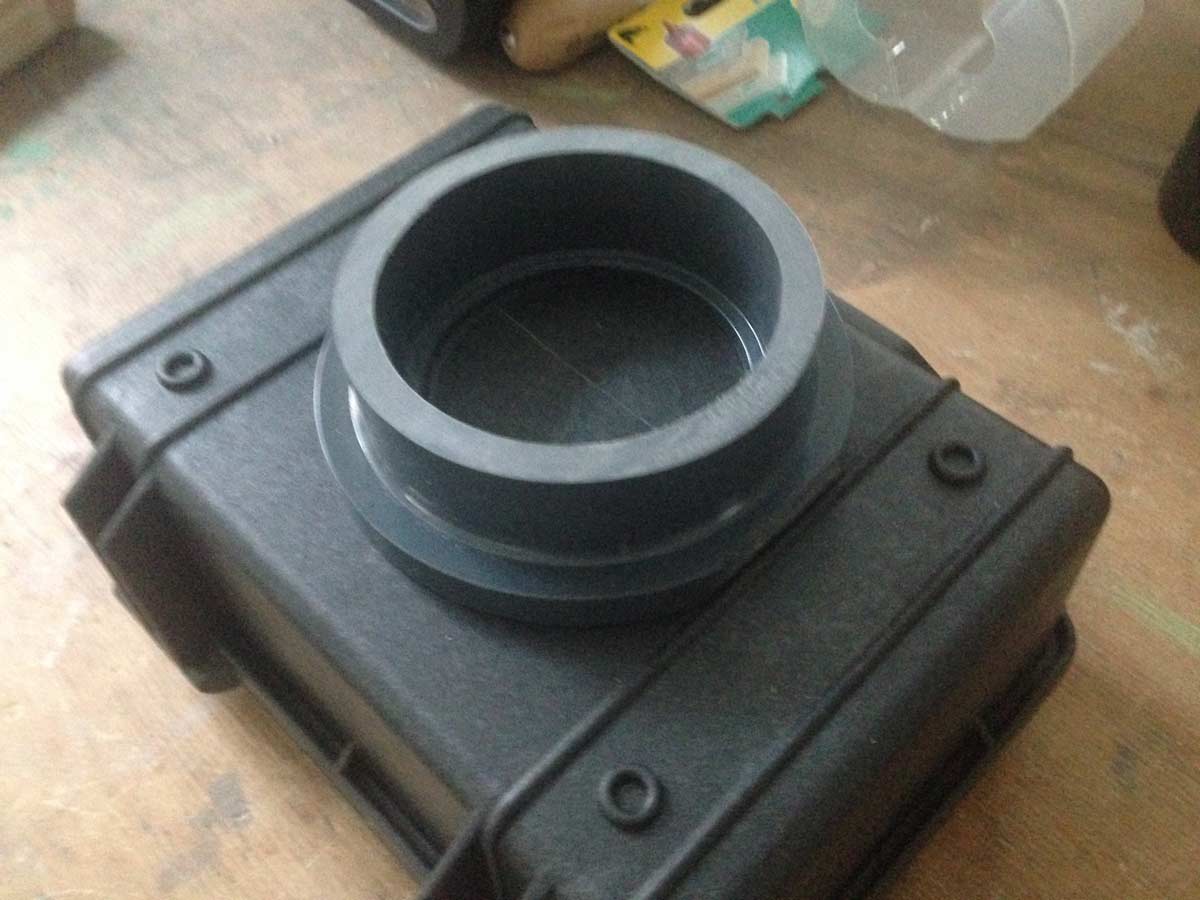 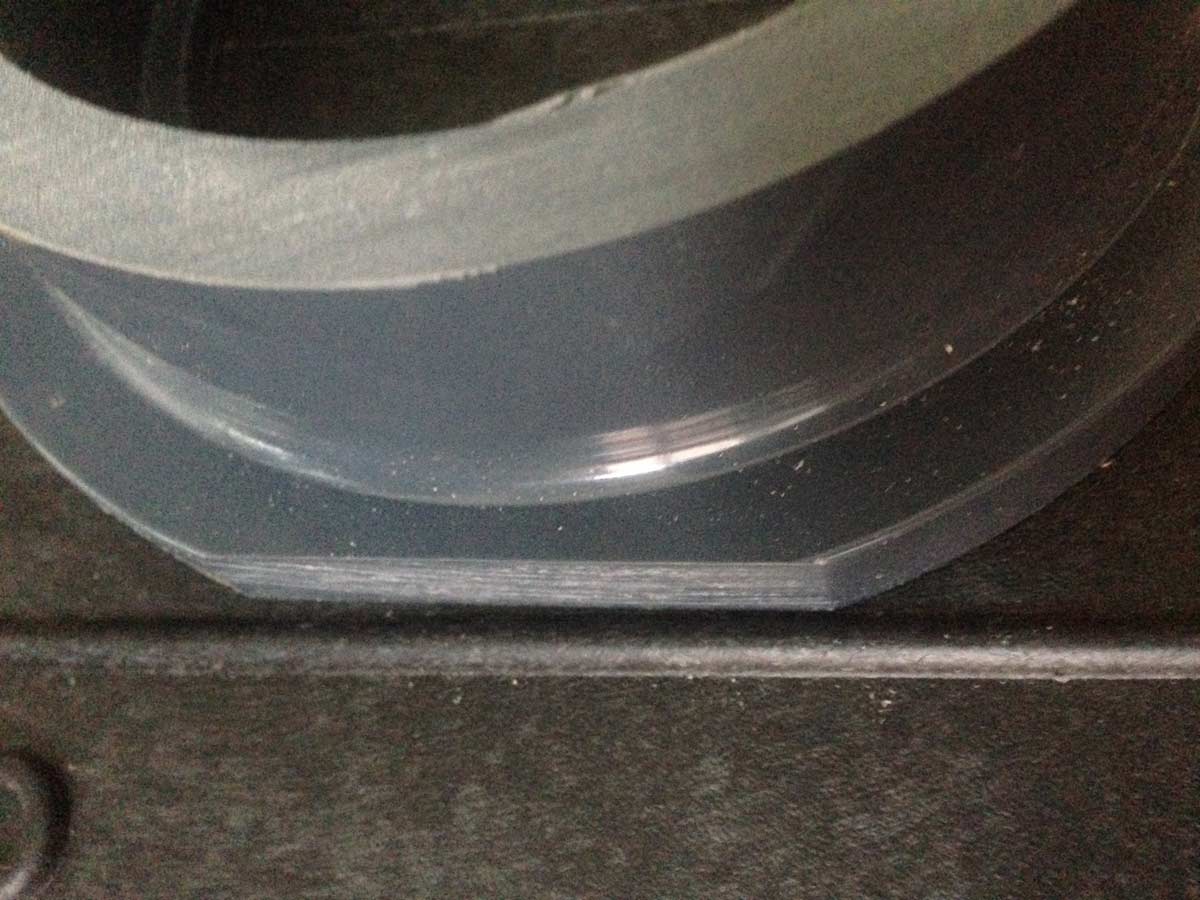 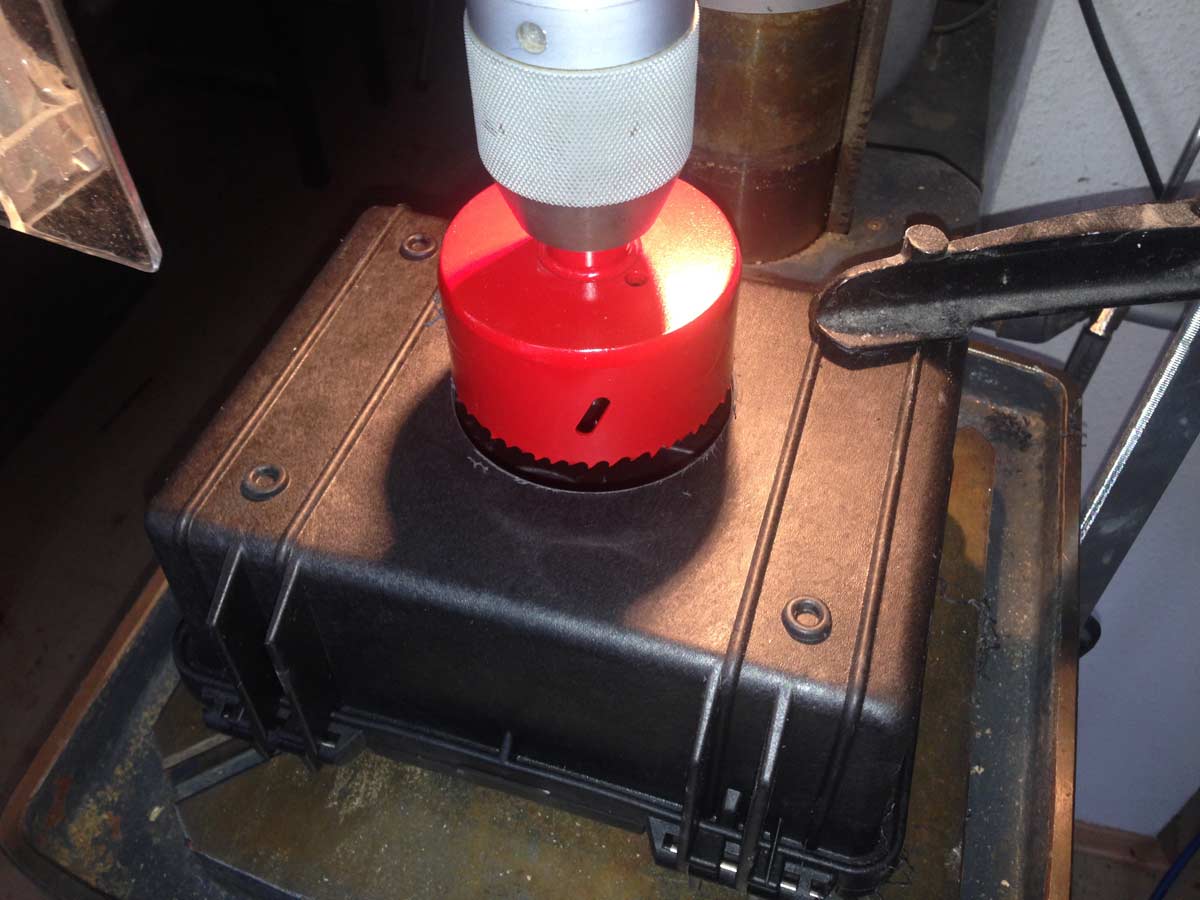 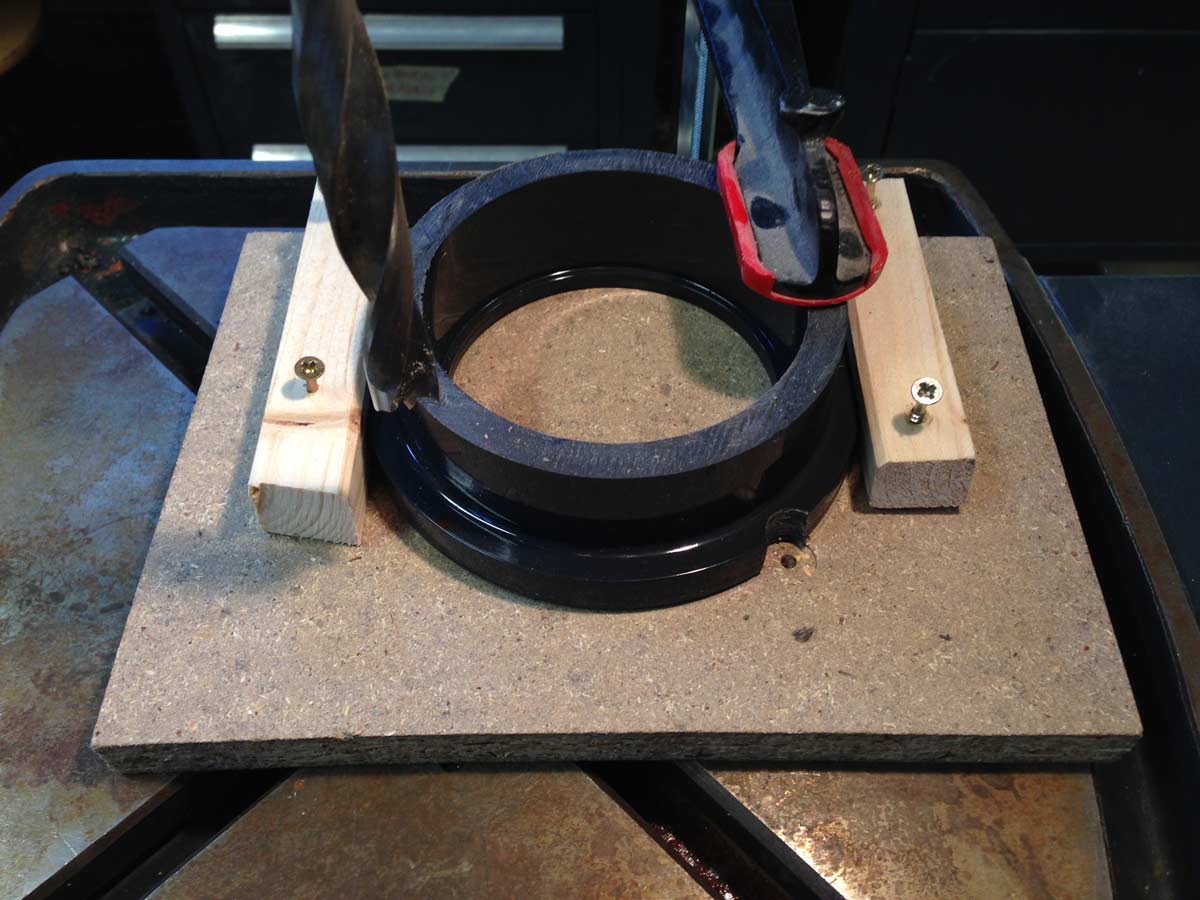 For my first controller board I used an N-channel Mosfet as a Low-Side Switch (cutting off ground to switch the camera off) and had to learn that the camera can get ground via it’s shutter cable.

Besides that: no problems. I’m happy this time 🎉

I want to have a bit more control over the image capturing process. Especially doing exposure bracketing and – maybe – having a live view for composing while the housing is already closed. The controller board has an extension connector to fit an external Linux Chip and I’ve got a Raspberry Pi Zero here which would be a likely candidate to do the job, but having something a bit more ‘barebone’ would maybe preferable. Basic idea is that the Zero takes care of adjusting camera parameters and releasing via the USB connection while the microcontroller wakes the Zero up. Plus: I would need to power the camera only while it’s really taking an image. Right now I power the camera for 50s (10s init, up to 30s exposing, 10s writing including error margin) even when the camera exposes just a 1/100th second.

Bonus content: first testrun on the window. That’s a depressing 7 days of Brussels weather in one image. 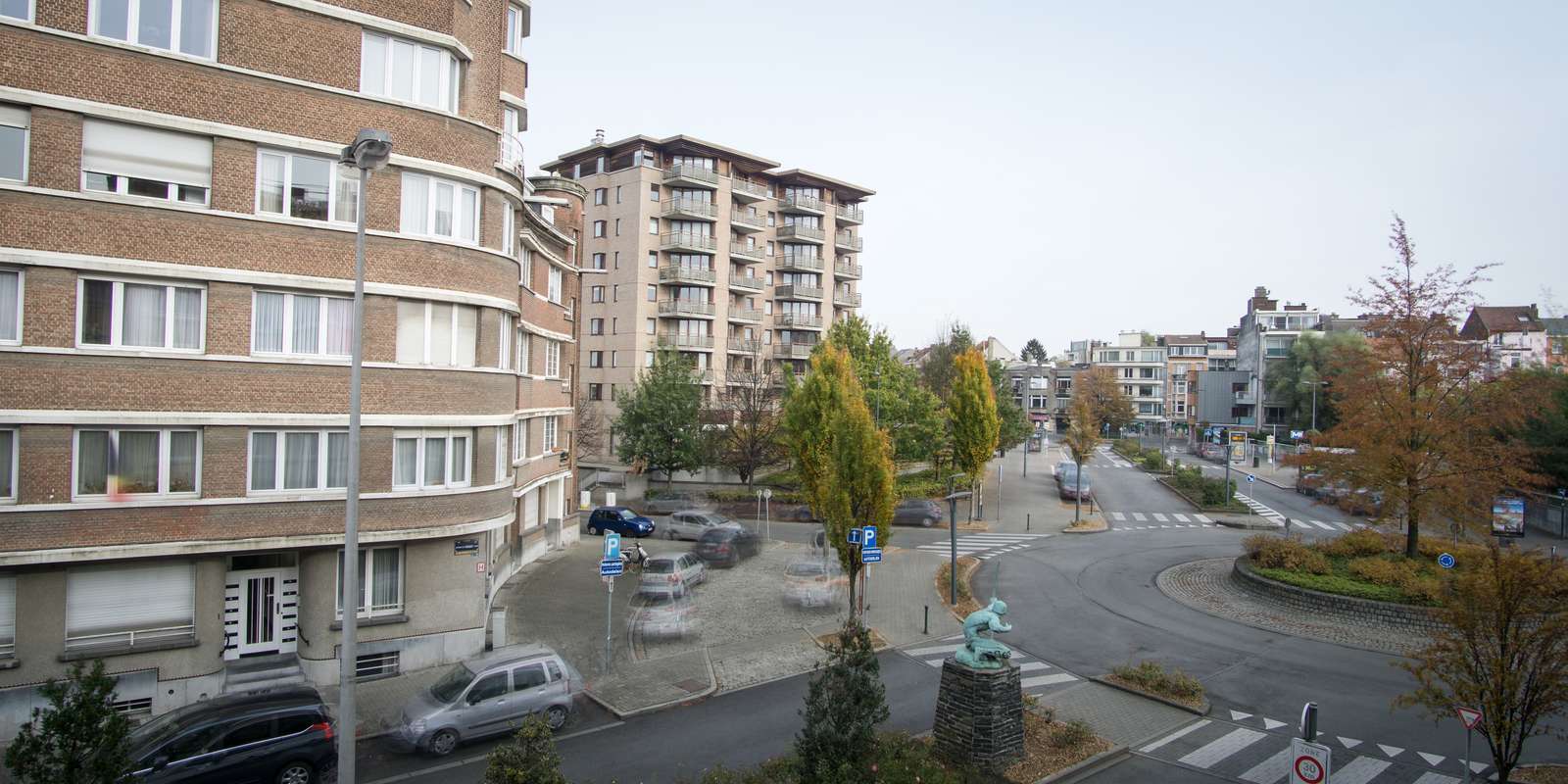 For the Summaery 2016, the annual exhibition of the Bauhaus-University Weimar I made a long exposure project. The plan was to expose an image for about four days. In the end the camera failed and just managed to record 16 hours, but the part about the camera enclosure may be interesting. 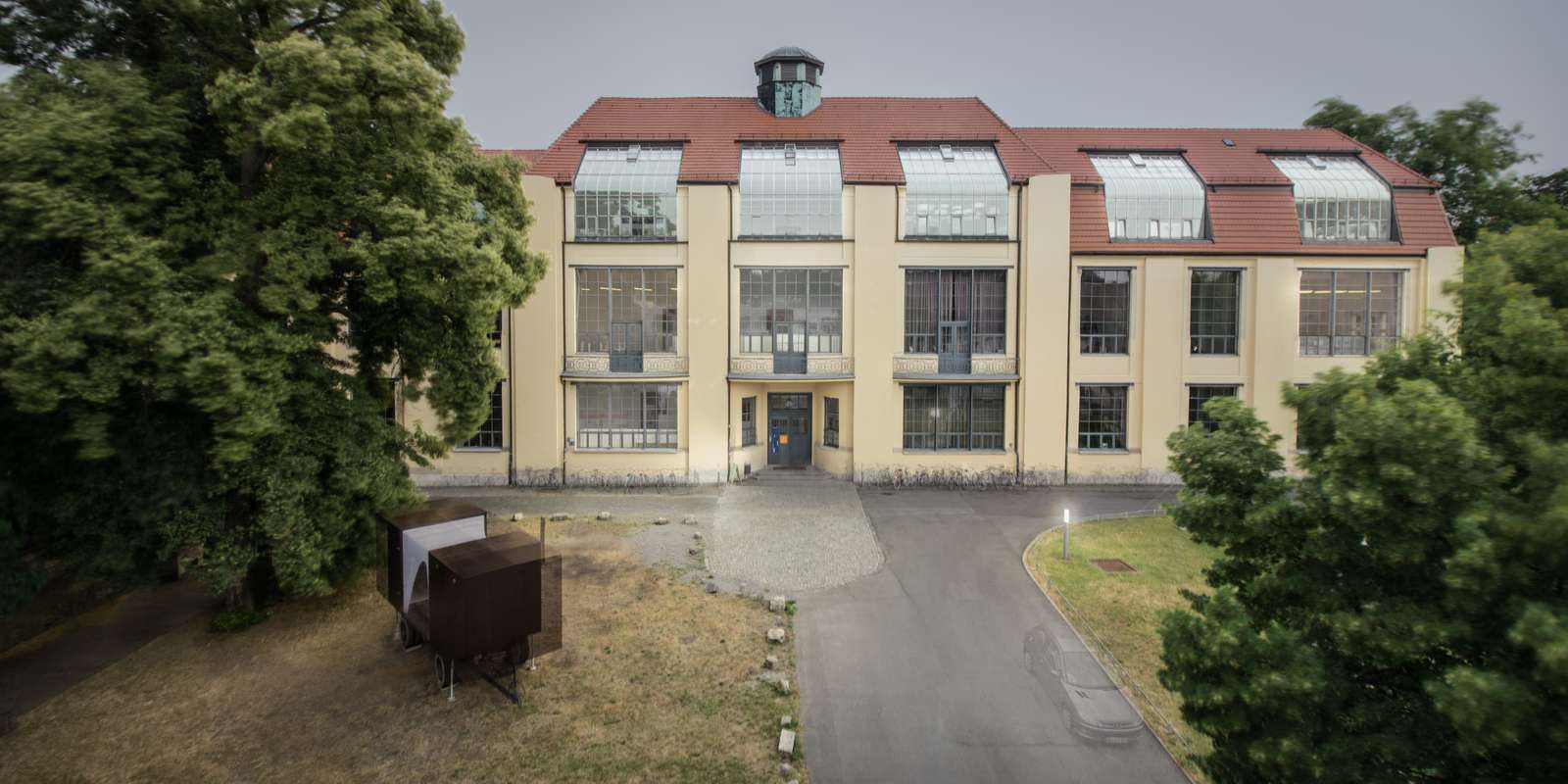 Put a decent camera in a weatherproof housing and place it on the roof. The camera shall be remote controllable, i.e. it should upload single pictures. The single pictures are used as an input for my long exposure software and the result is displayed live.

Other people or projects that have built something similar (a weatherproof outdoor housing for a DSLR):

Pelco sells the EH5700 series of housings which are roomy enough for a decent camera, but they are hard to find in Germany. The Peli Stormcases are nice, but way to expensive here, compared to the slightly older and harder to handle Pelicase series. The Pelicase 1300 is just big enough to fit everything and can be bought for 60€. In the end a good compromise.

How to control the camera?

I could use a standard intervalometer which just triggers every X seconds the camera. Powered by 2 AAA batteries, runs basically forever. But that would make it impossible to adjust the interval depending on the time of the day or upload pictures directly. Hence, a little more brain is needed. Controlling the camera, taking pictures and uploading is done by a Raspberry Pi. Alternatives would be using a BeagleBone Black (more expensive) or an TL-MR3200 (runs just openwrt). Sony offers a crappy API to control your camera via Wifi, but that’s unreliable, power consuming (the camera gets really hot) and just nasty; although, it’s quite nice when it comes to coding. Alternatively: with the good ol’ gphoto2 the camera can be controlled via USB, which is way more reliable, but it’s still a bit nasty since gphoto2 is awful to use. Nevertheless, sometimes there is no perfect solution, so I decided to stick with the latter.

How to power the whole thing?

Camera and Raspberry Pi require to be powered. By using Power Over Ethernet I just need a single (ethernet) cable and can use half of the wires for data, half of them for power. TP-Link sells some cheap Injector/Splitter combo which works just fine. The splitter can output 5, 9 or 12v, but the camera runs on 7.2-7.5v and Raspberry Pi on 5v. By using 9v output two buck converters change the voltage. But there is one problem: when the camera takes a picture, power draw peaks for a split second and PoE supply fails. A 4700uF capacitor between camera and buck converter solves this. 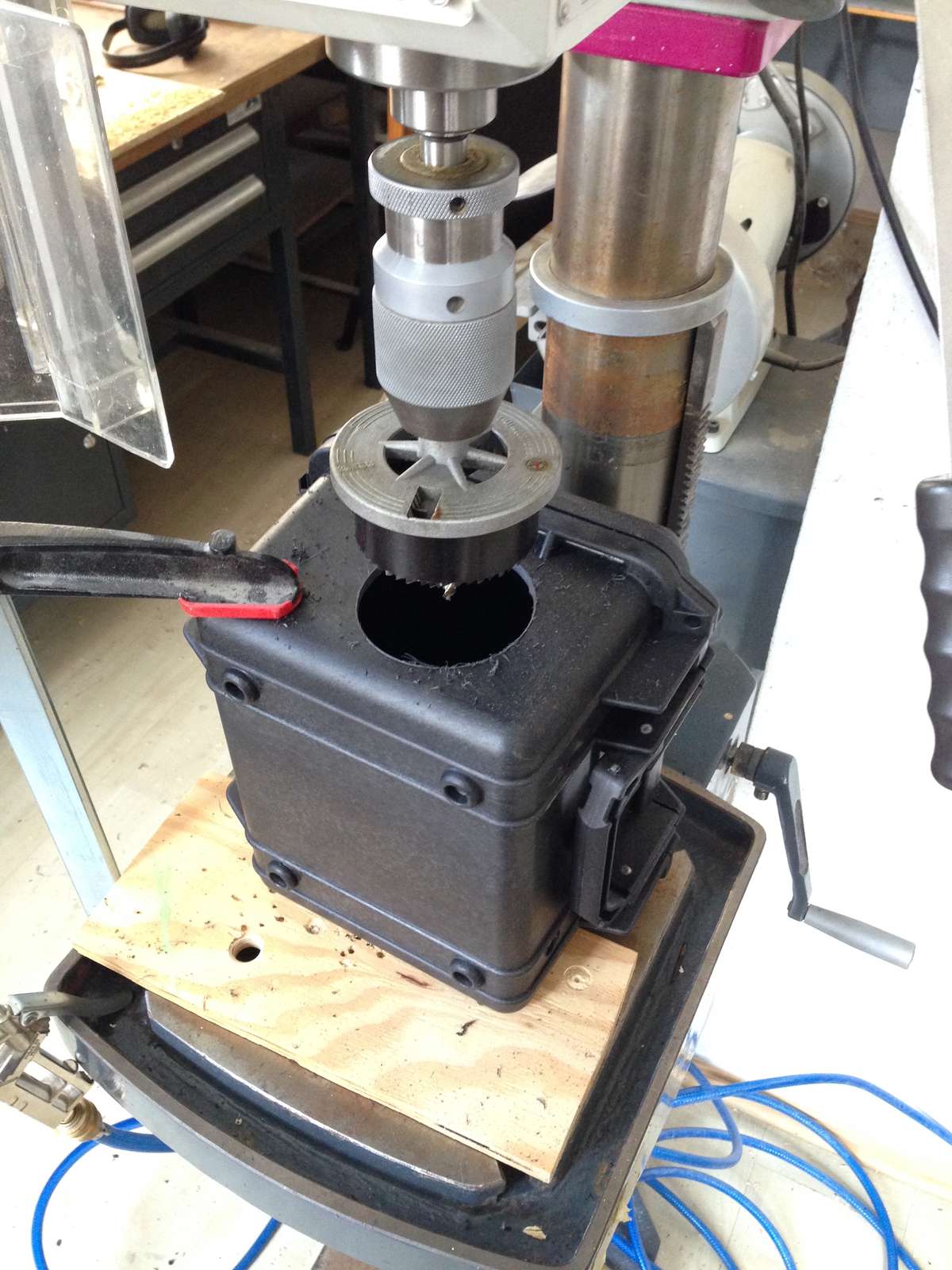 Drilling the front hole is done using a 81mm hole saw (remember the step down filter adapter has an 82mm end). The hole saw which I ordered was one of the cheap models and lasted exactly 2 front holes. Job done. 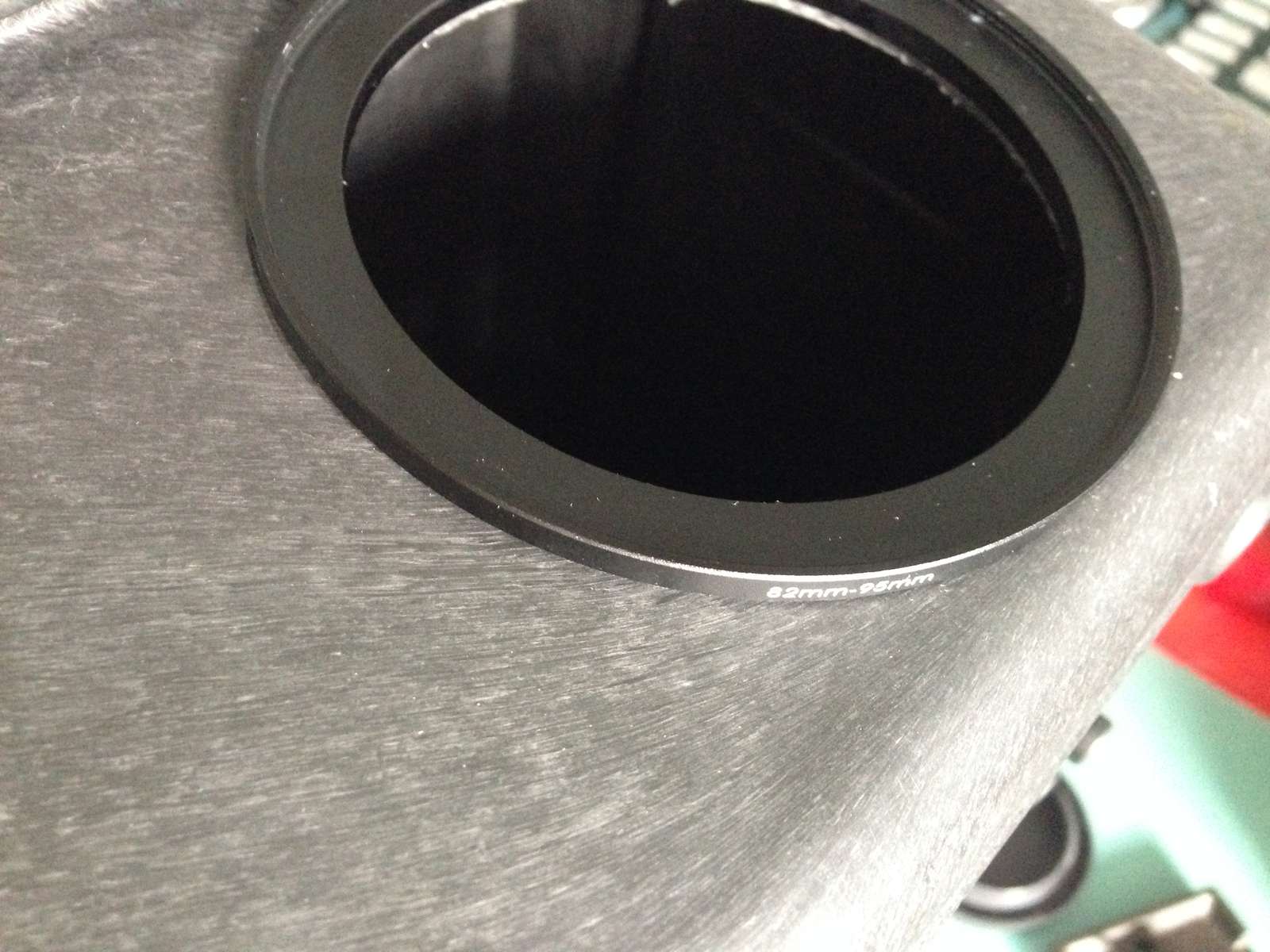 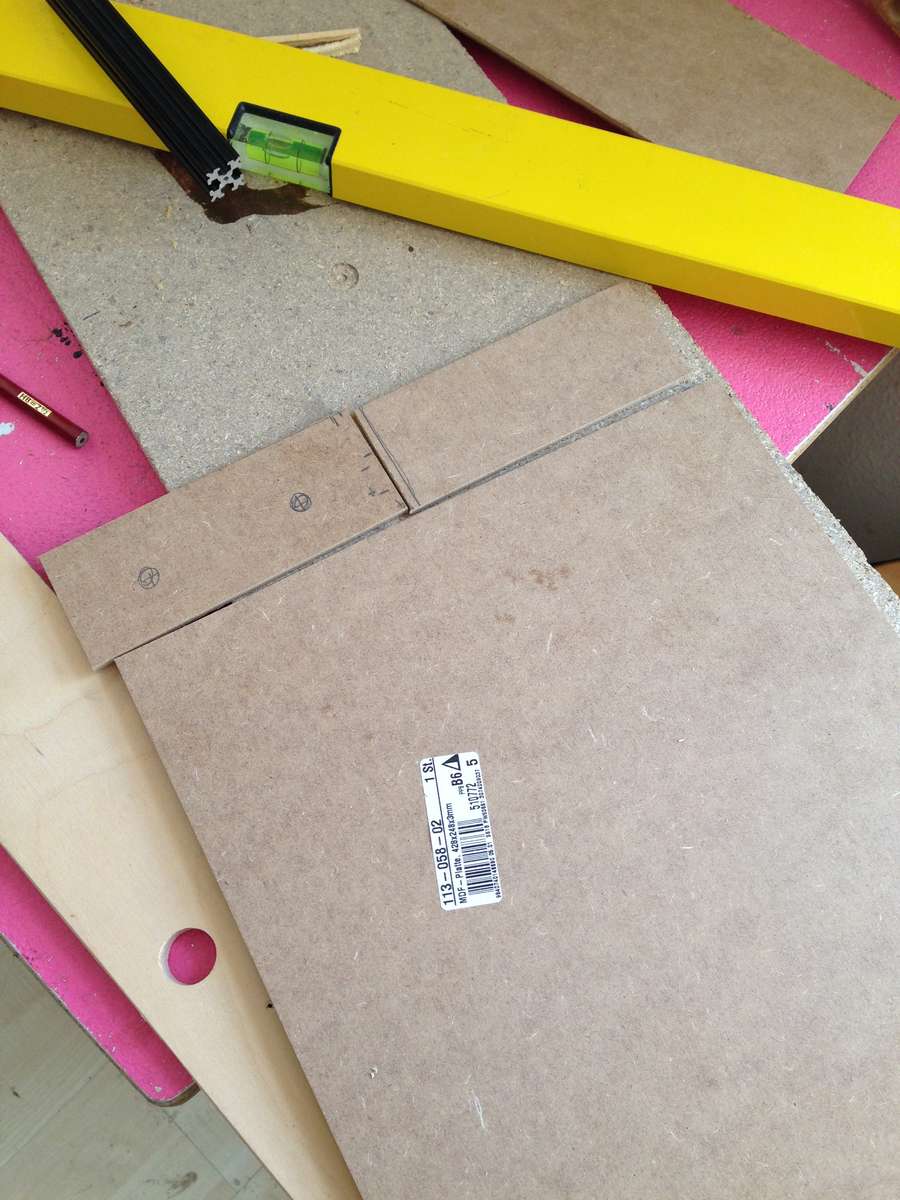 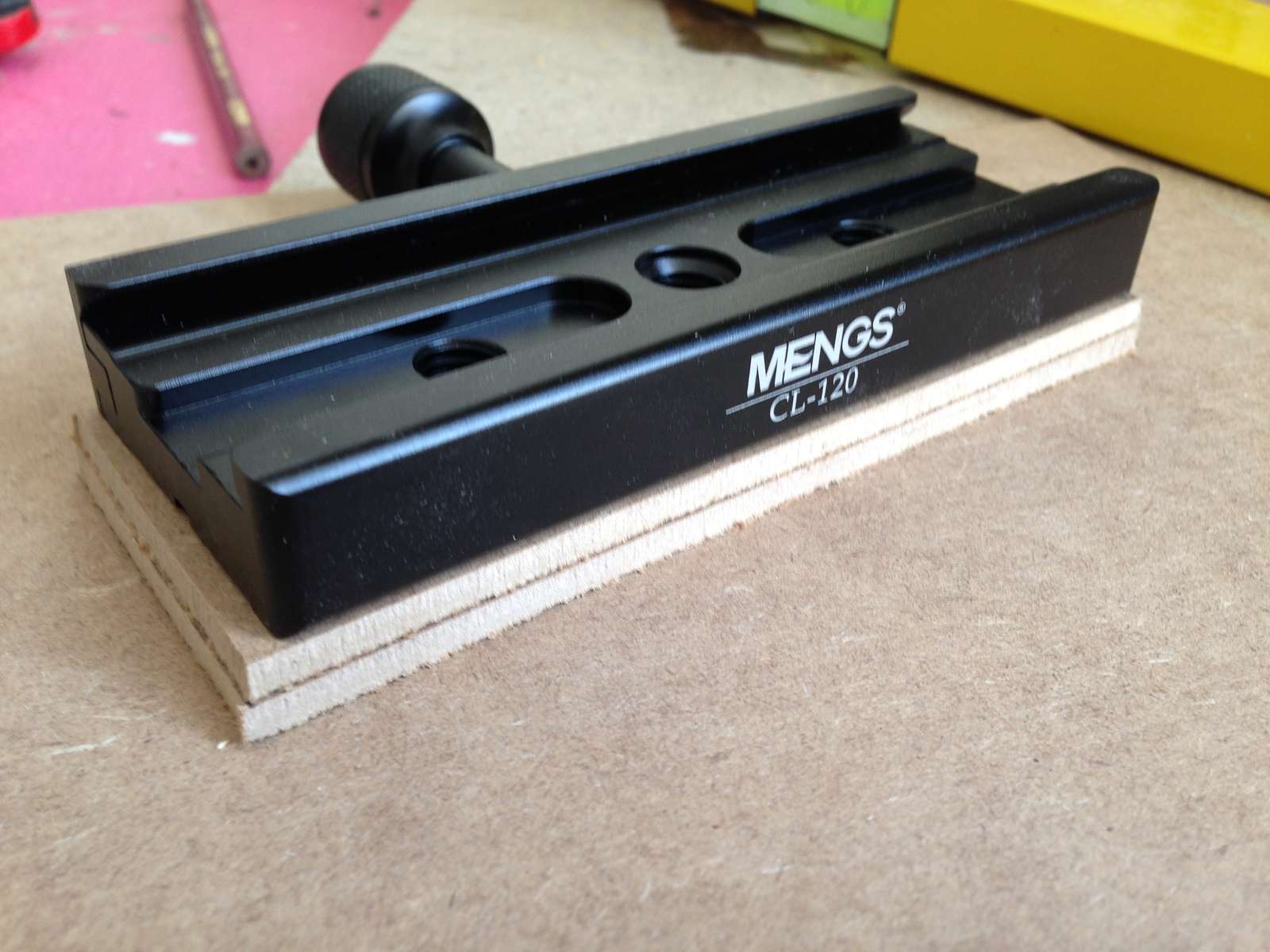 The knob of the clamp would touch the bottom of the case, so a 6mm spacer was needed. Basically just two 3mm MDF cutouts. 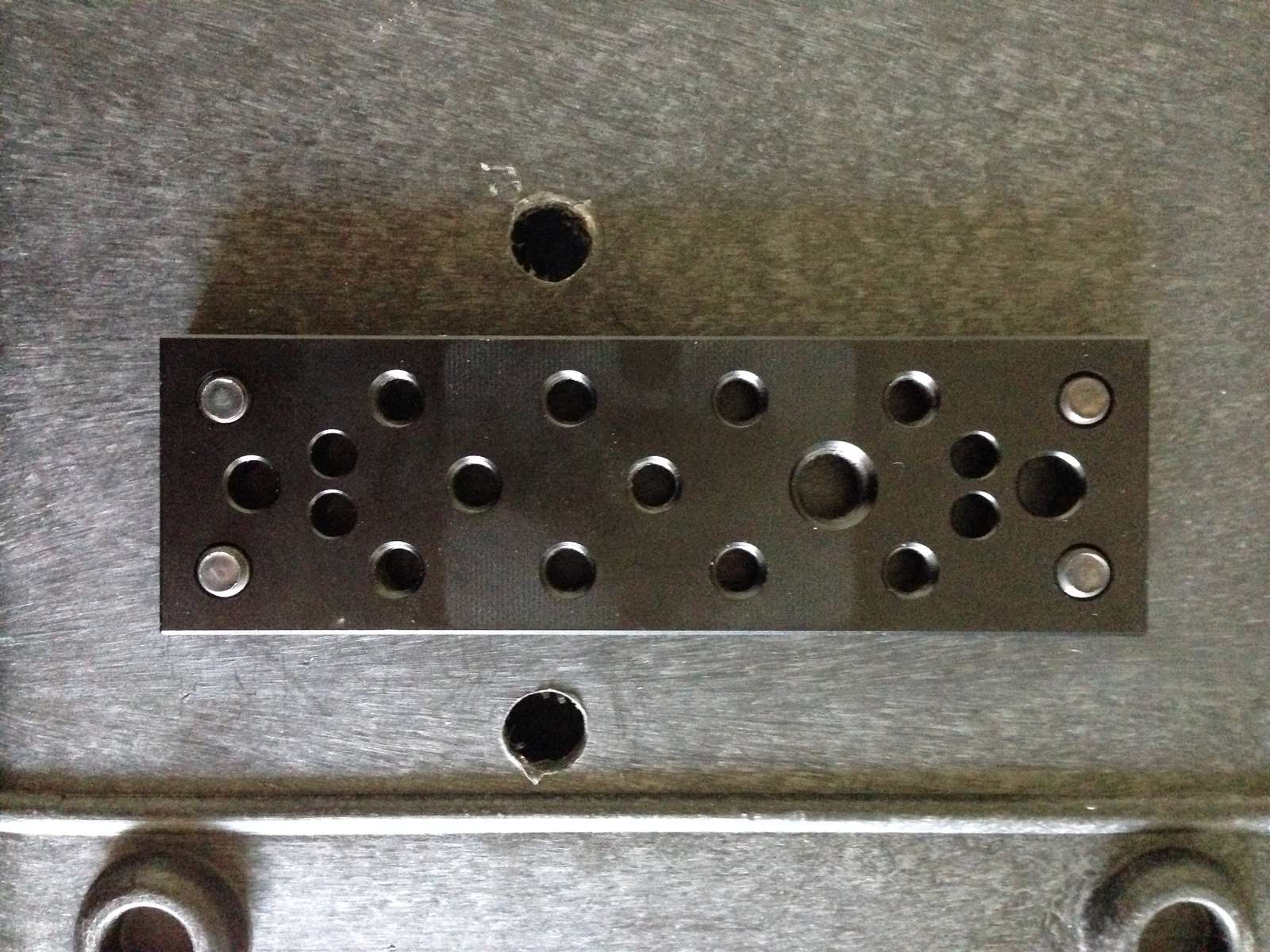 A simple cheese plate with 1/4 inch screw threads, made for securing displays on a video camera rig works just fine. Sturdiness is fine as long as no strong winds are hitting the enclosure. 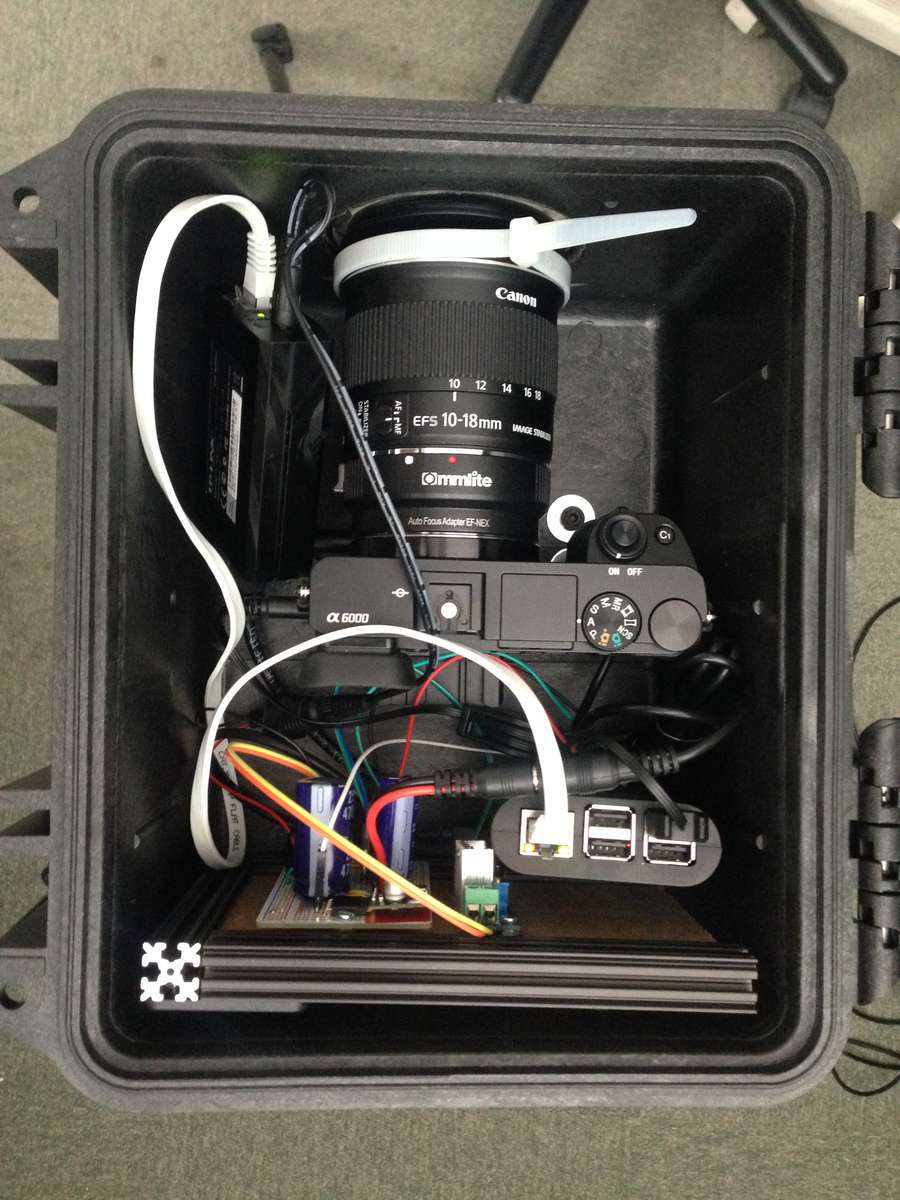 Soldered on to a proto board, screwed to open beam T-slots, stuffed loosely into the enclosure.

everything. Well maybe not everything, but the camera didn’t run as expected.

Running on Power over Ethernet was a constant struggle to stay withing consumption limits. Camera, Raspberry Pi and Buck converter were always scratching at max. The power peaks while taking an image could initially be managed by using those giant 4700uF capacitors and everything seemed fine at the test setup. But as soon as I put everything together, things started to fail. I reduced consumption by removing the wifi adapter and blocking the viewfinder of the camera so that the camera disabled the display. This worked out okay and even while testing with a 30m ethernet cable, the camera seemed to work. Up on the roof, the power supply failed…

autossh and supervisord. Unreliable as shit. Next time try a constant VPN connection.

My original idea was to screw an arca rail to the bottom of the case and fasten the camera with a single or double clamp to the rail. As it turns out, the camera would be a bit too high above the ground to put an ultra wide angle lens behind the front hole. Not a big problem, I just used a big clamp.

Things that may be good to know 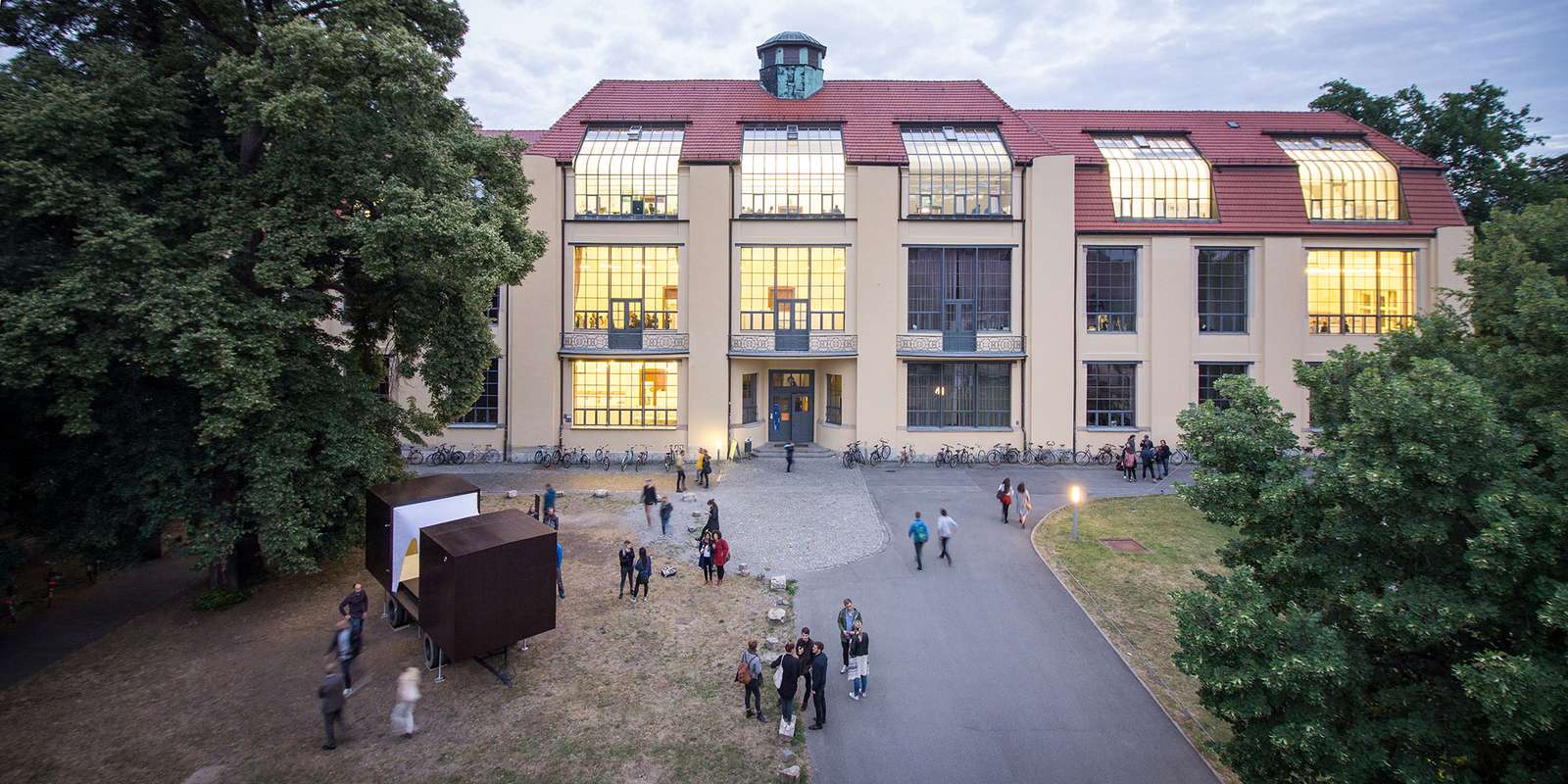 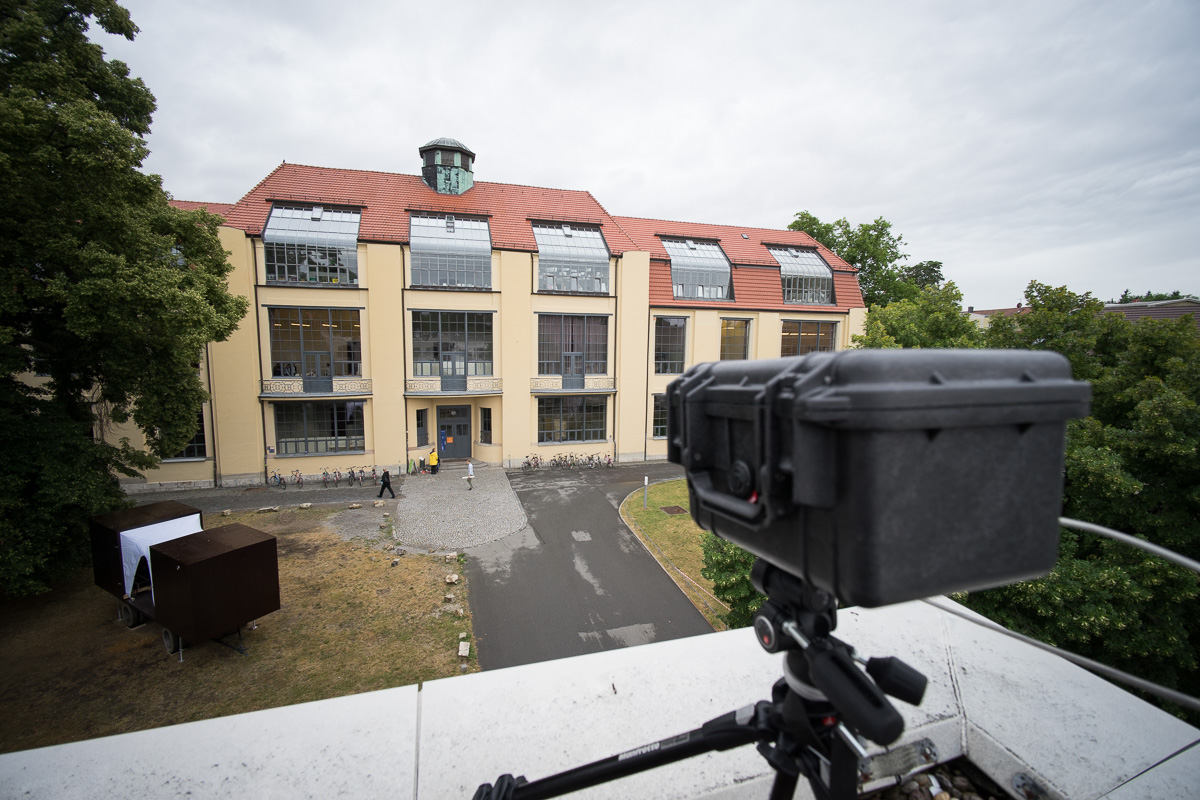