When building prototypes that require tiny projectors capable of projecting an okay-ish image over short to mid-sized distances, finding something decent is not easy. In my case I needed something that is as small as possible, has a wide field of view and should ideally be compatible with a small Raspberry Pi Zero. 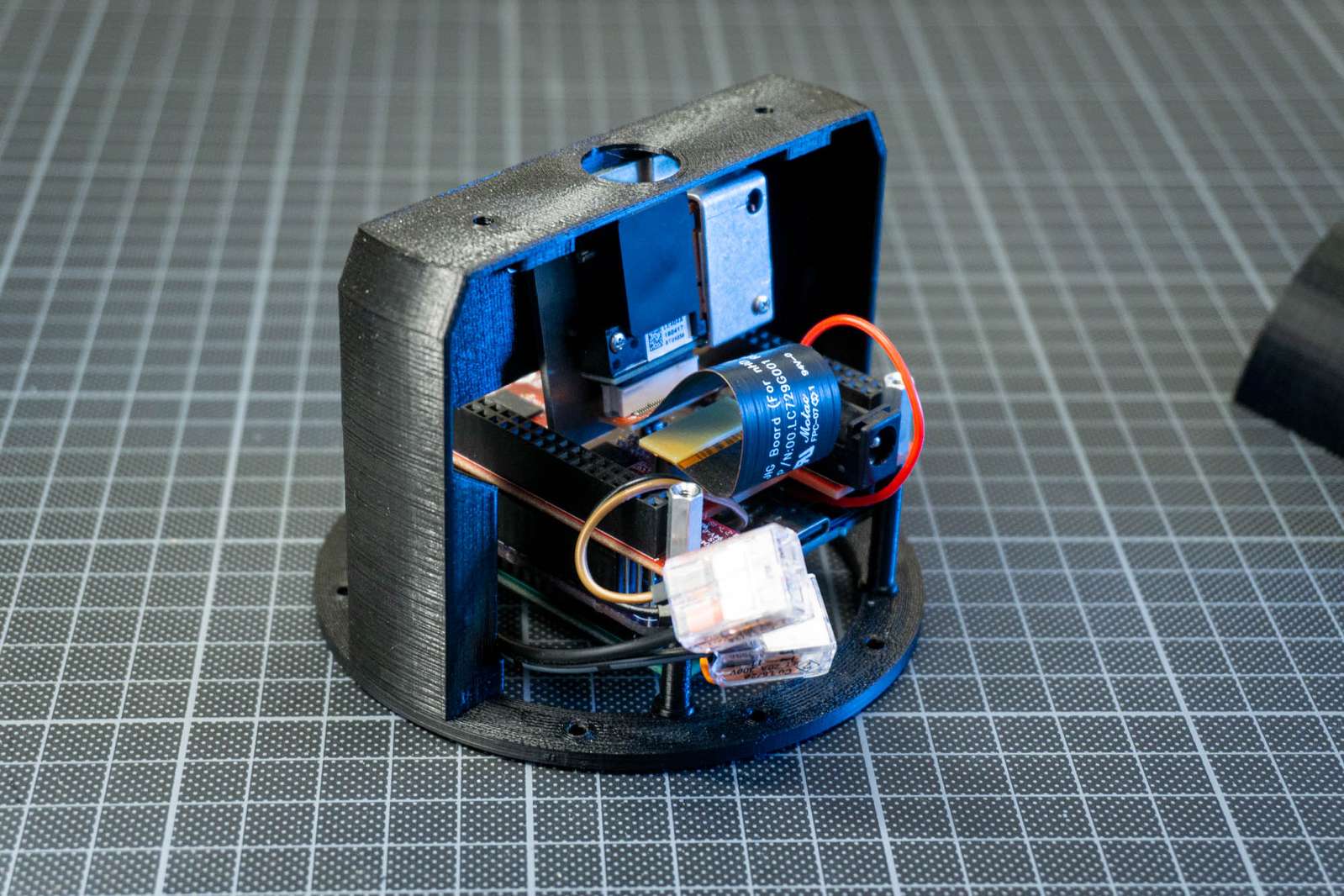 Thats an evaluation kit for the smallest of the TI “LightCrafter” projector units, meant to be used as a Beaglebone Black hat. Luckily with an adaptor PCB this can easily be adapted for a Raspberry Pi as well. The Raspberry Pis GPIO pins can be repurposed as a parallel display interface (DPI) to get the image data to the projector, so no HDMI is required.

Keep in mind: we are talking here about a DLP projector, so manual adjustment of the focus plane is necessary. 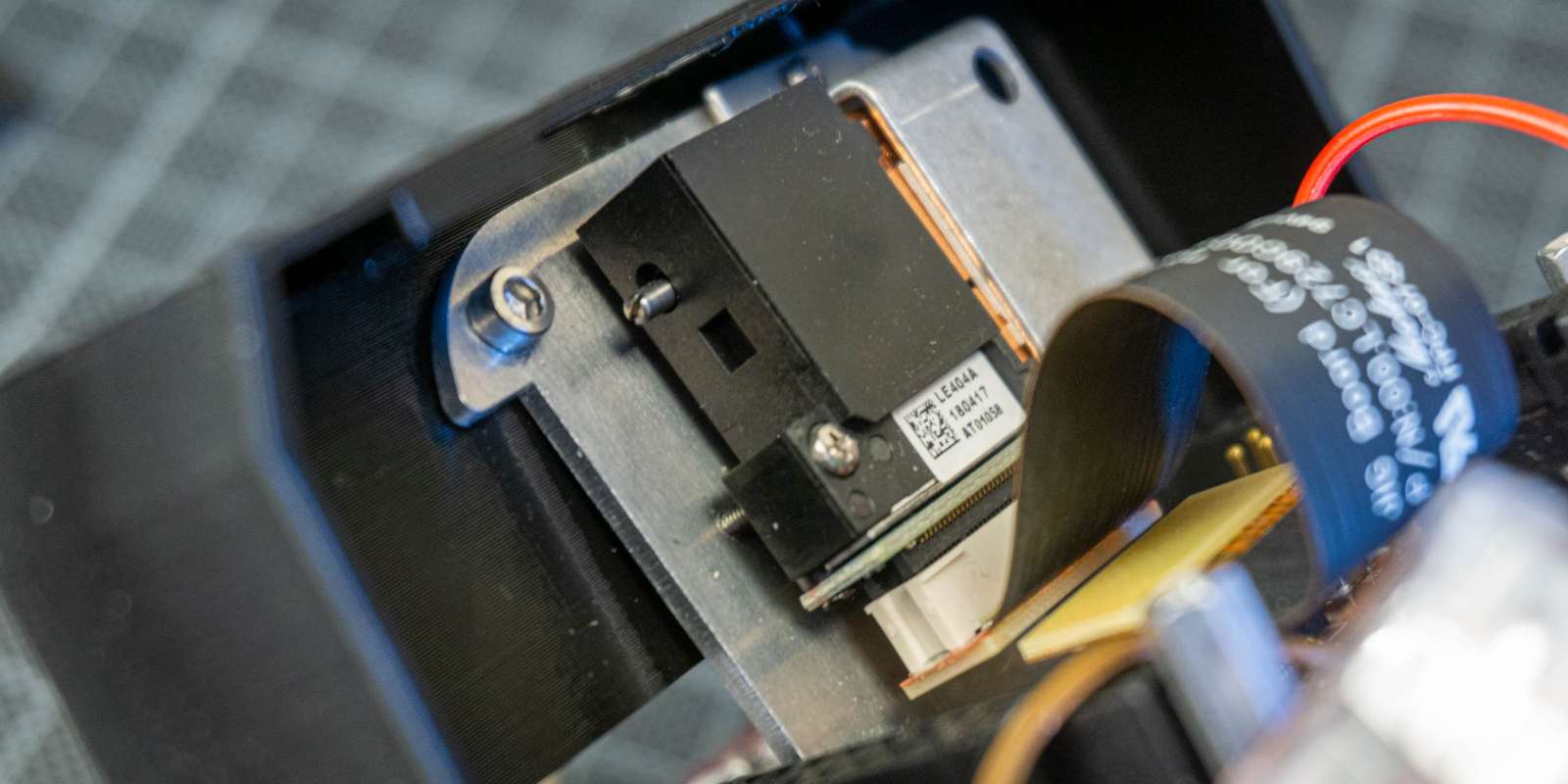 This can be done with this ultra-unhandy tiny lever that moves a part of the optical assembly (there is no way to fix it in position).

Available via Chip1Stop, or rebranded as a Nebra Anybeam Developer Kit. 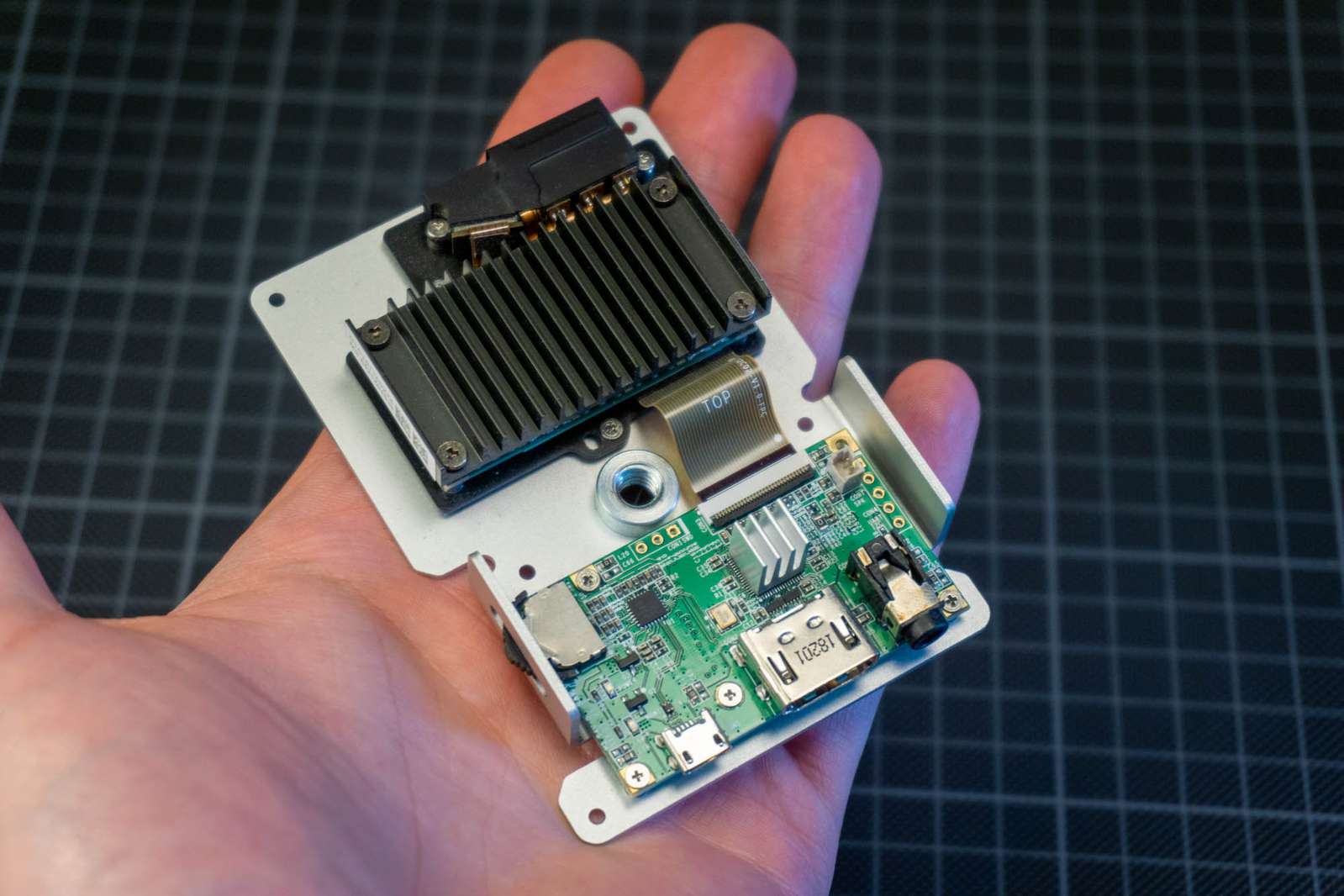 A tiny laser projector, running at 1280x720 pixel. Full-sized HDMI input, requires 5V/1.5A via micro USB.
To save a lot of space, an HDMI-to-FFC adapter comes in handy, but may degrade the HDMI signal. 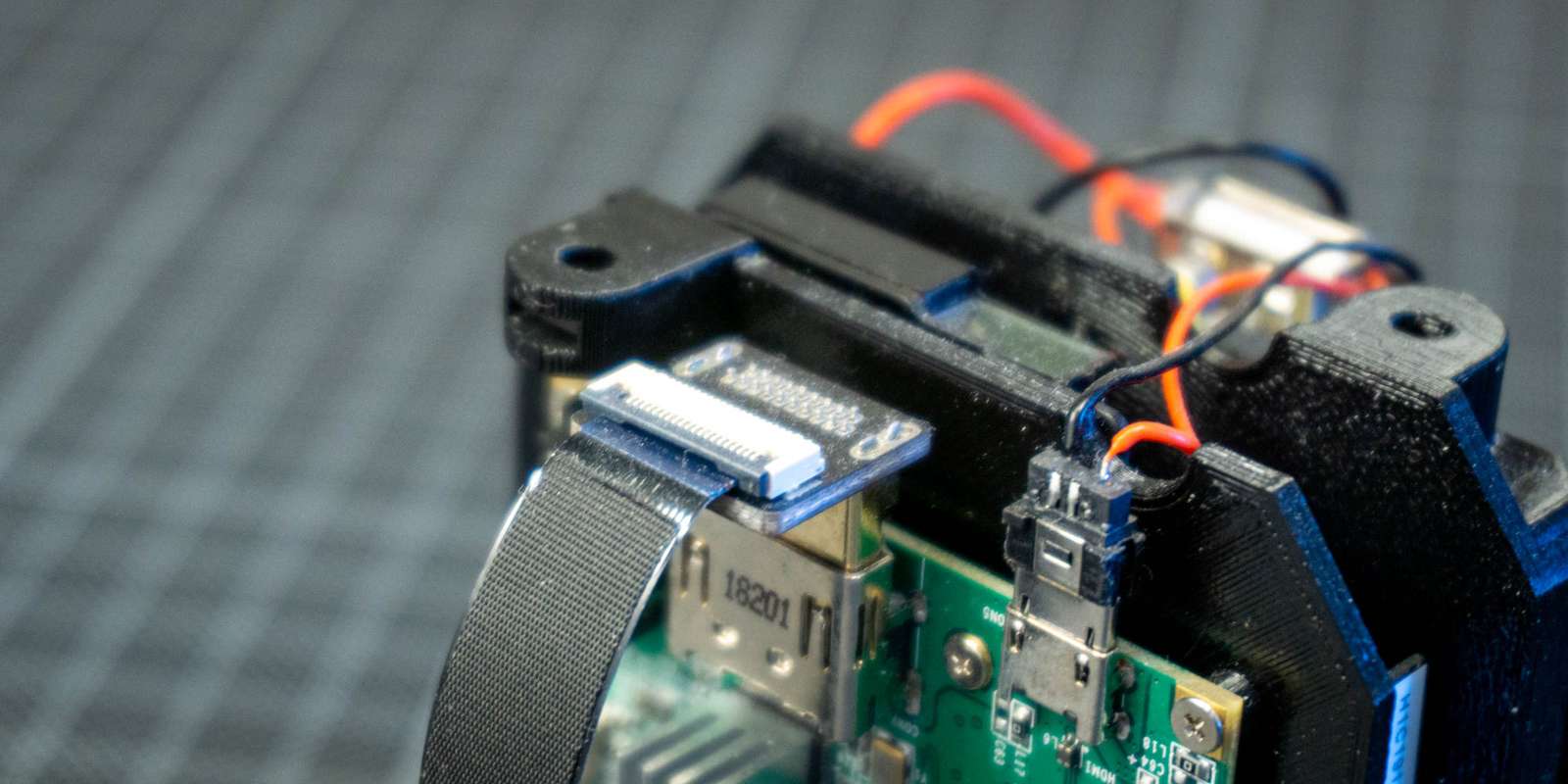 The tricky part is getting the HDMI settings right:

In ‘boot/config.txt’ the HDMI modes can be set. The Ultimems chipset supports (among others):

mode 85 results in some nasty glitches with cheap adapters and long FFC cables. That’s what worked well for me:

One nice advantage of having separate modules for projector and control stage is to be able to just fold it for a close fit (removing the projector stage with the TI LightCrafter 2000 EVM is a pain since the cable is connecting cable is quite stiff). 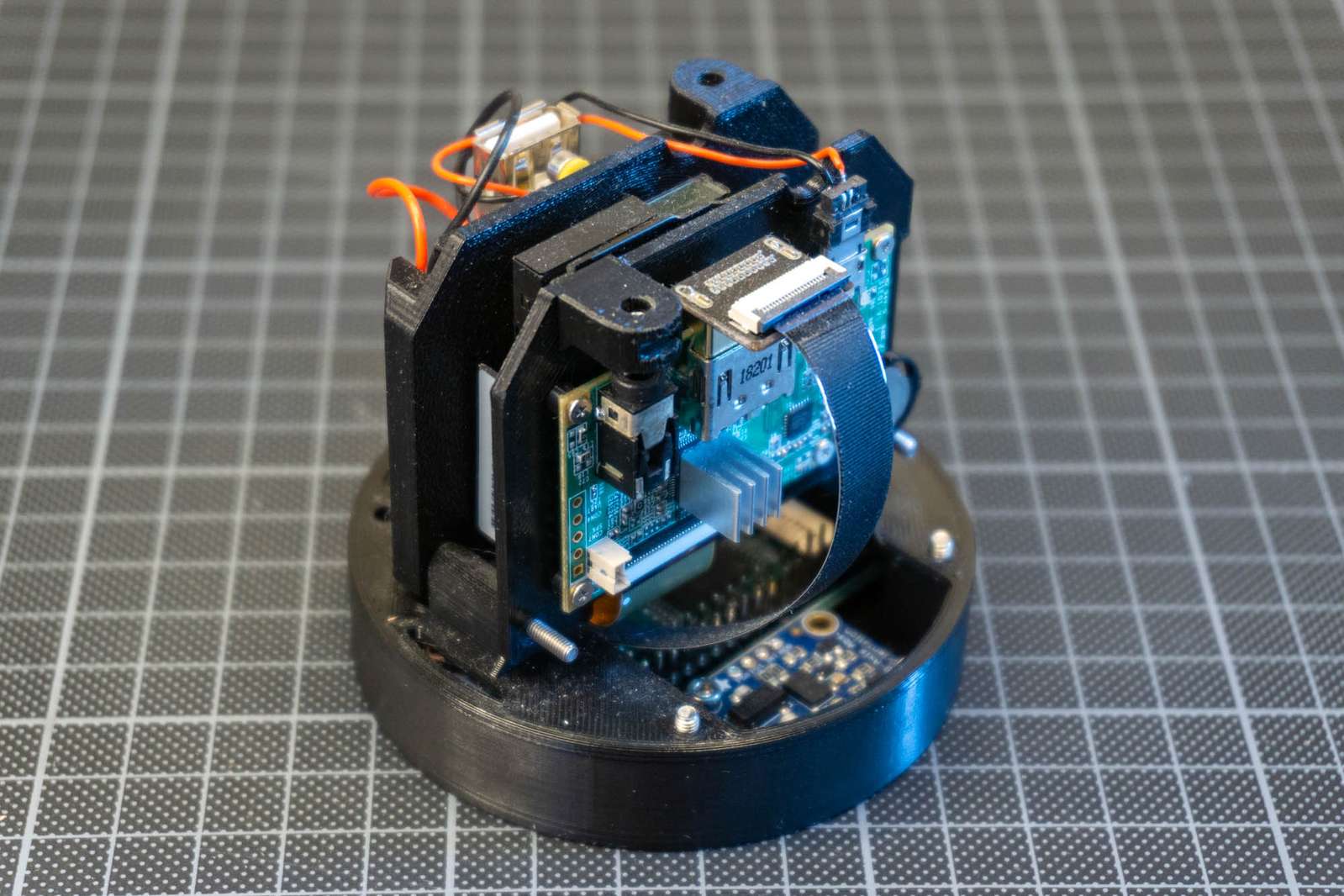 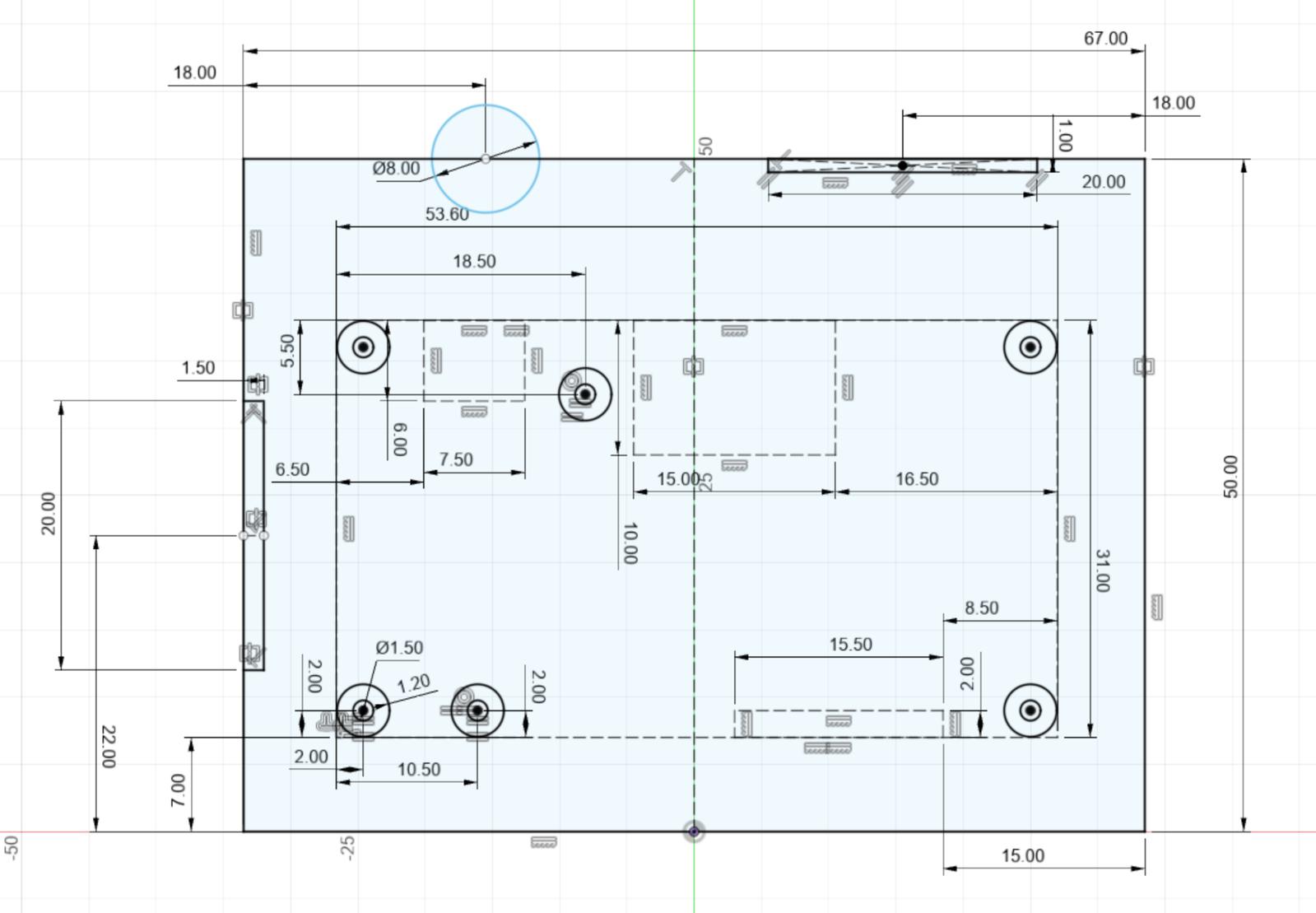 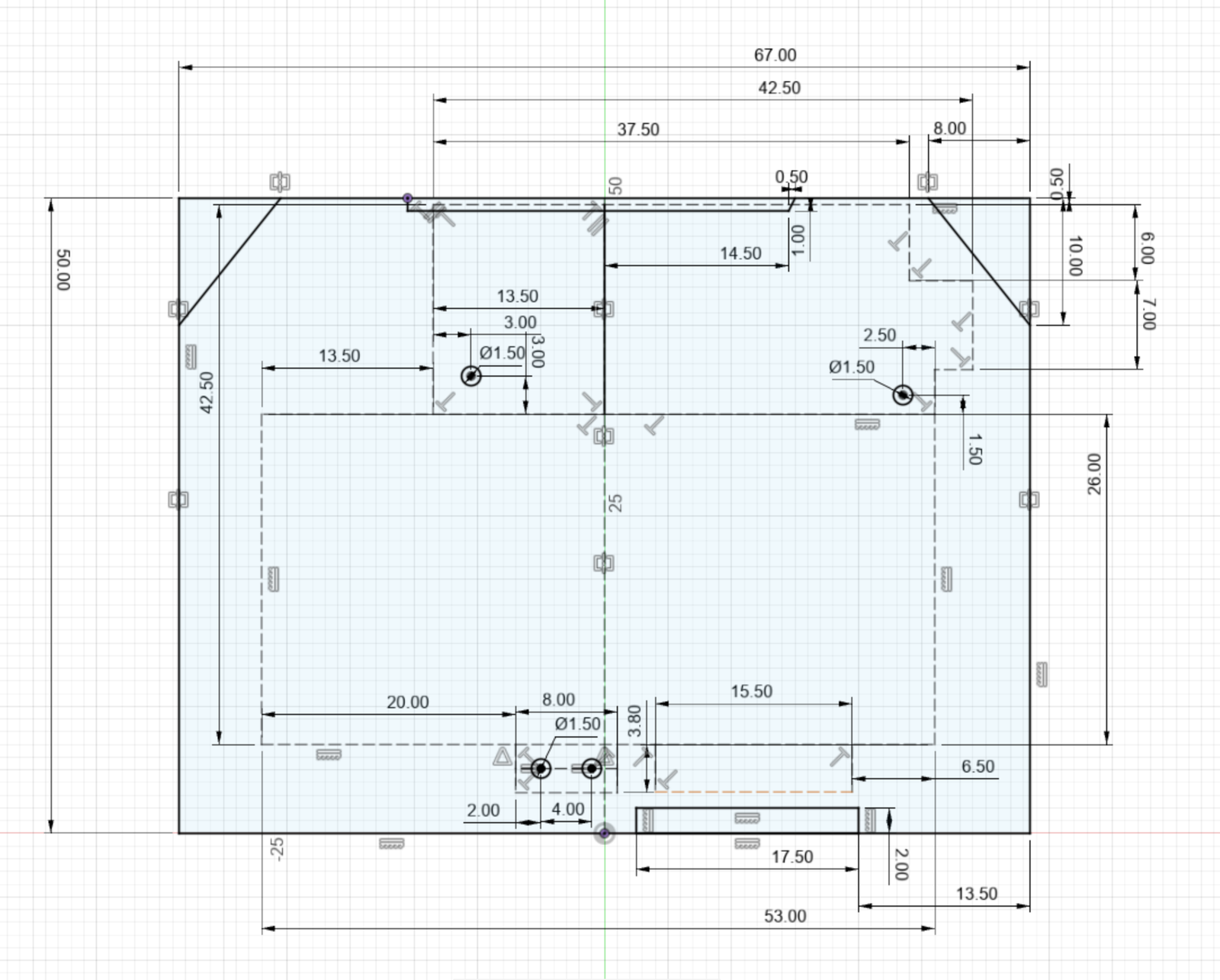