So, I felt like making a stupid lamp and that’s how it looks like. You could call it the coronavirus lamp or the minesweeper lamp or … whatever? 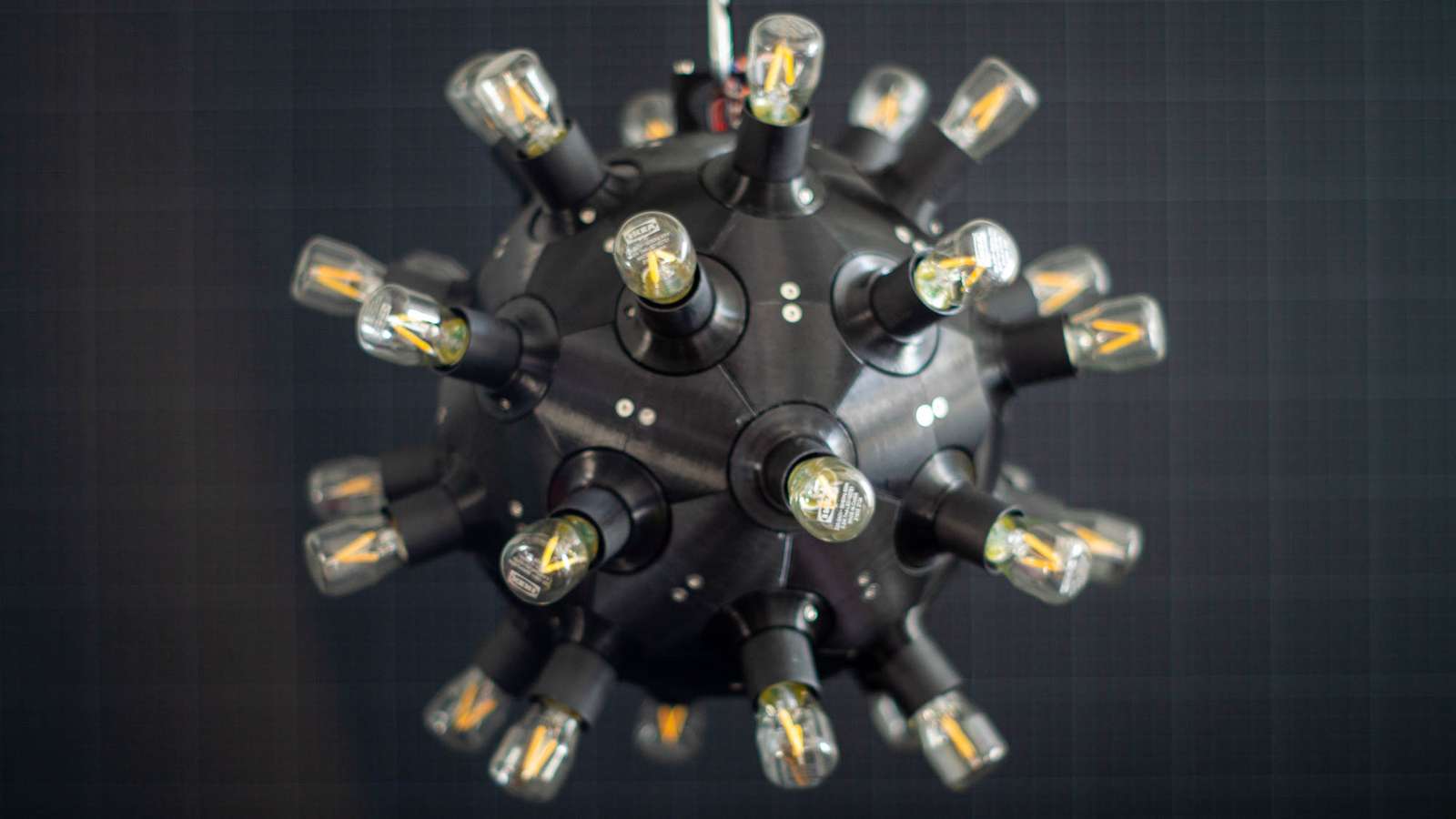 Let’s talk a bit how this came to be: You may or may not know Buckminster Fuller. Bucky is known for these retro-futuristic looking structures called geodesic domes. There is a great video series on the history of geodesic domes by the channel Zip Tie Domes. 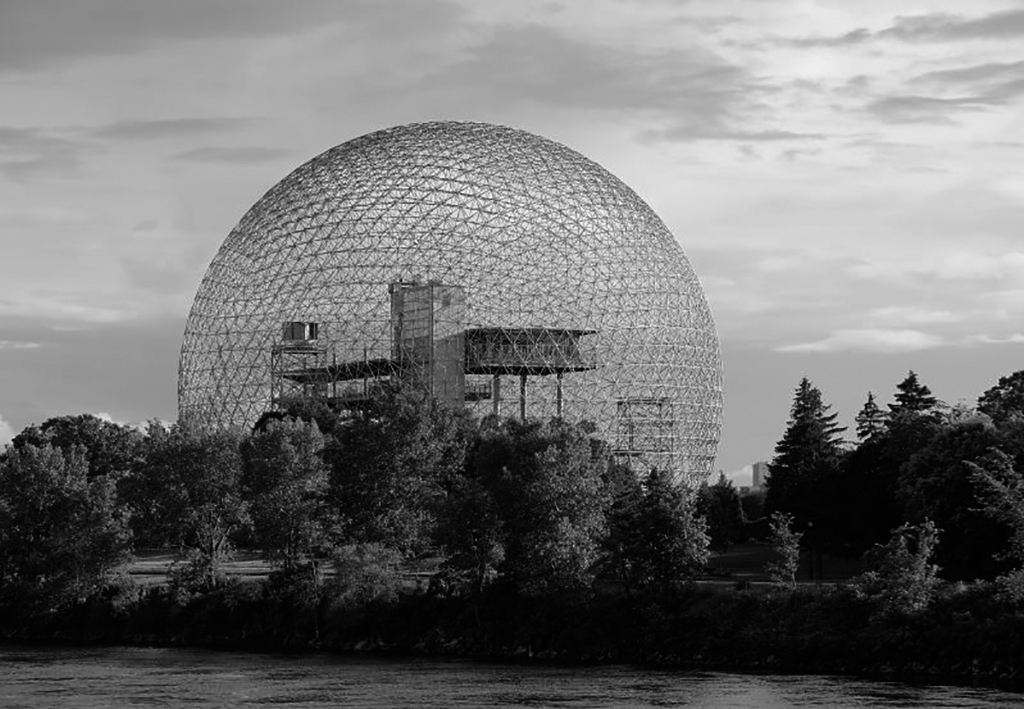 Extremly short summary, though: Buckminster was excellent at selling ideas, but probably he did not come up with them himself. At least not with the dome idea. Don’t get me wrong, being able to communicate, and convey concepts and actually, yes, being able to sell your idea, has an important social value if it’s not used to sell bullshit. But, credit where credit is due. The important name when it comes to geodesic domes is Walther Bauersfeld who built the first dome in 1924 on top of the factory building of Carl Zeiss. It was a pretty fancy structure for its time and did house a planetarium. However, what I am talking about is a derivative of the general geodesic dome idea by Bucky Fuller, the Fly’s Eye Dome. Basically it’s a geodesic dome with circular holes, made completely from segments, not from sticks and hubs like traditional geodesic domes. 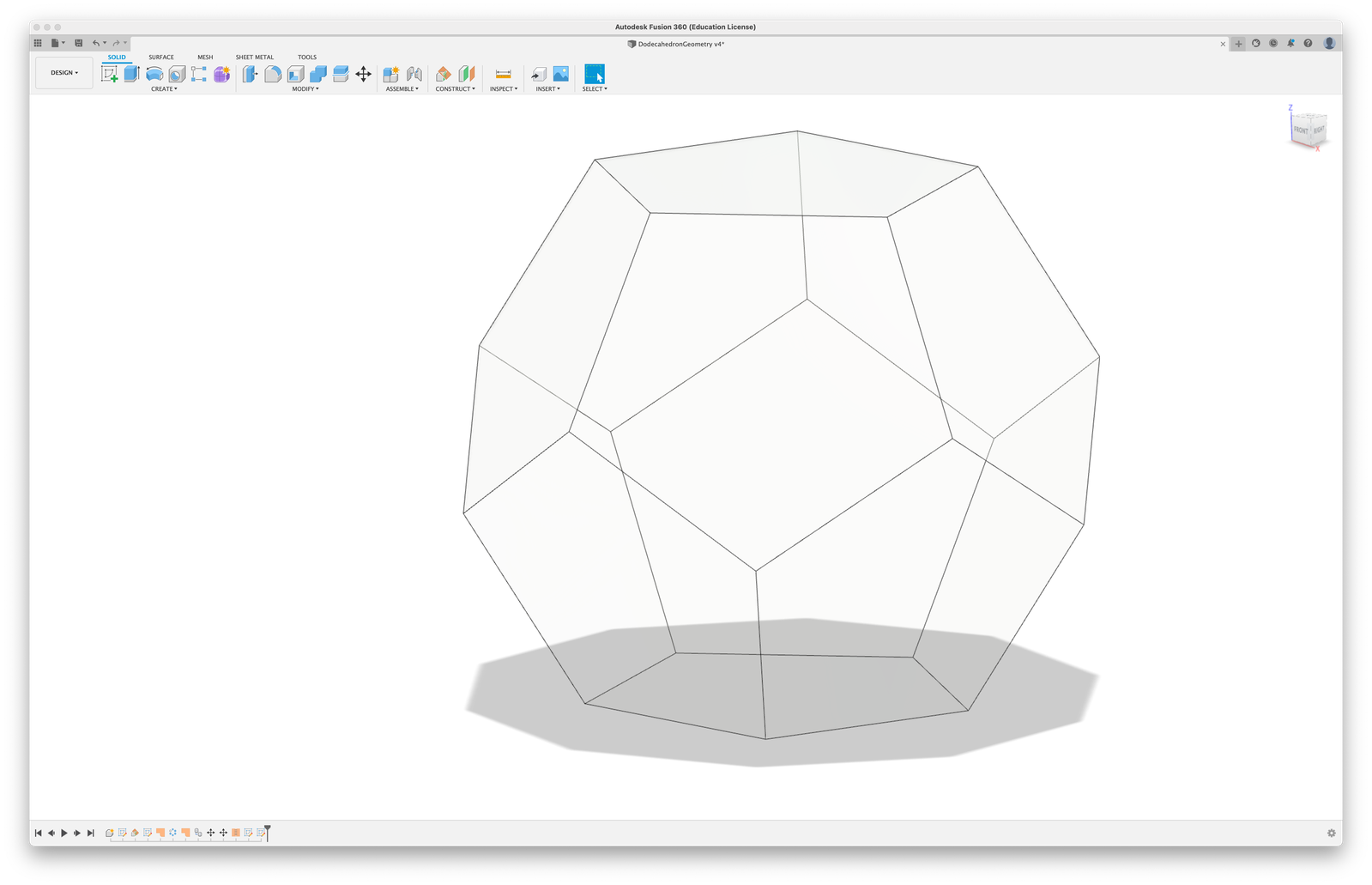 Let’s talk about this starting with geometrical structure: What I did use is a dodecahedron, which is a three-dimensional object made from 12 pentagons. All of these pentagons are identical and have equal side lengths. 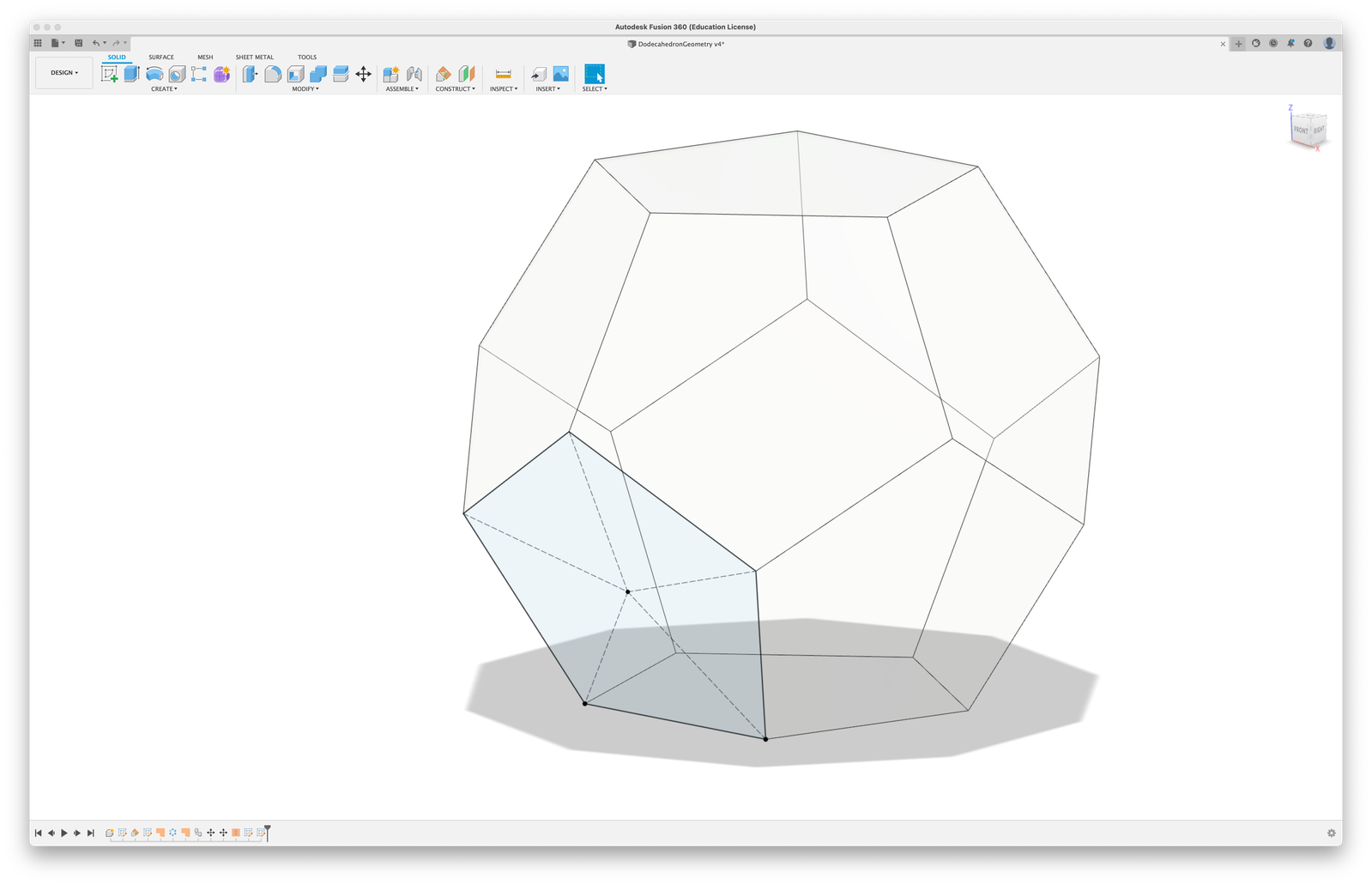 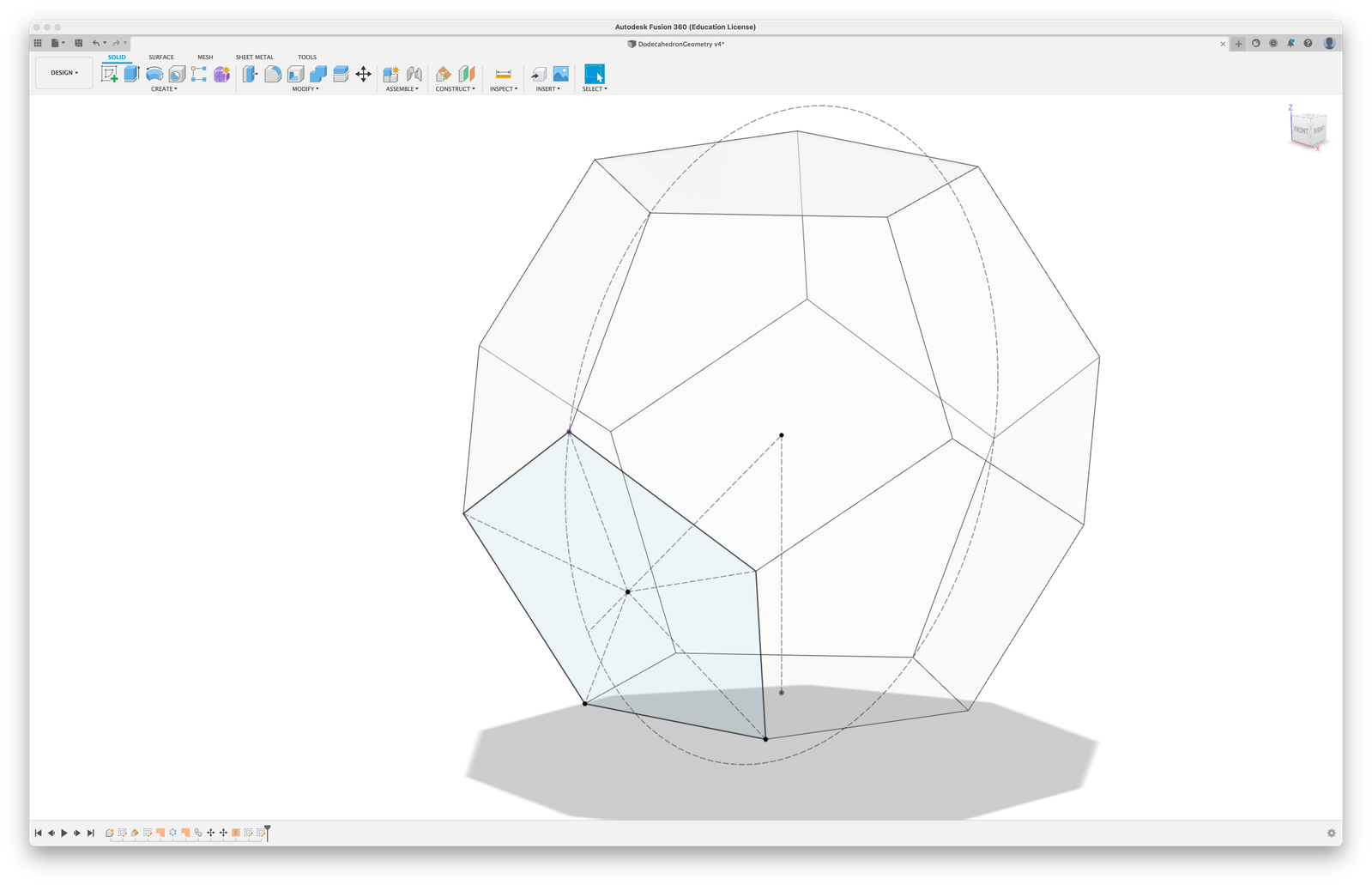 When we subdivide each pentagon in 5 sections and extend their position from the center point of the dodecahedron to a sphere, then three sections from adjacent pentagons can be merged to a single segment. The nice thing now is that all of these resulting 60 segments are identical. That’s pretty nifty, because now we just need make a single, small part 60 times and can assemble a full globe. 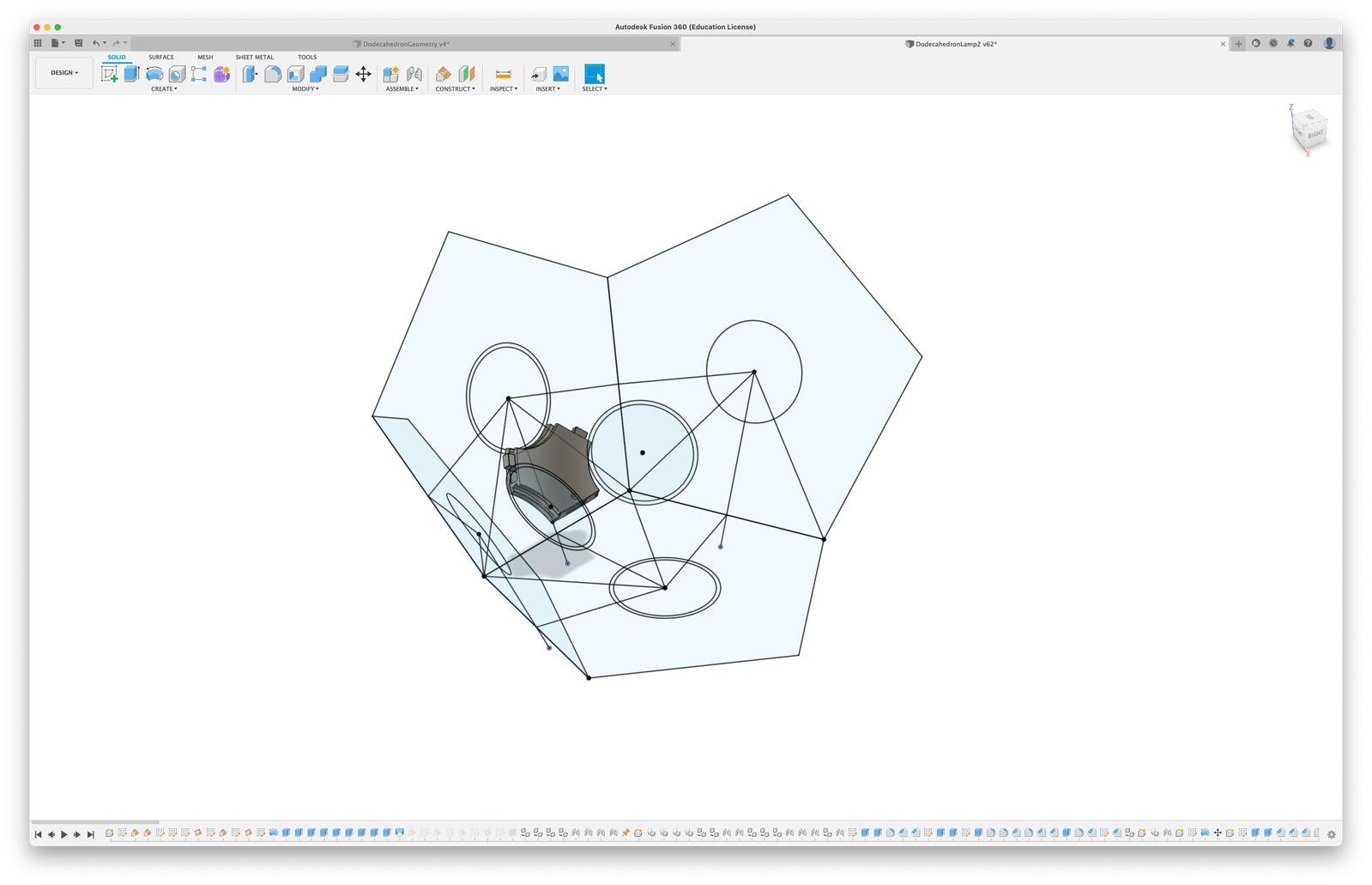 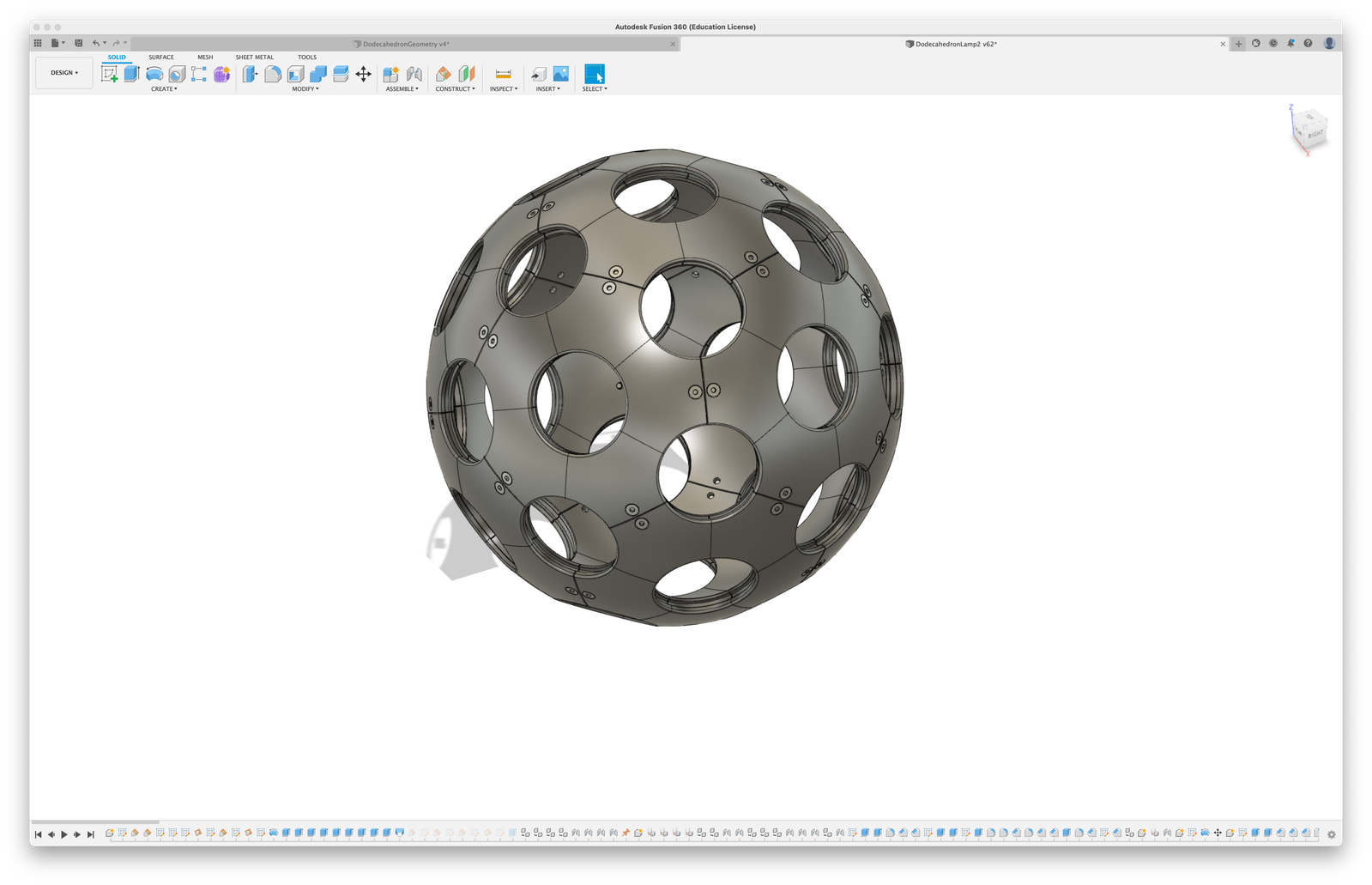 If we just give the patent application of Bucky a quick look we can see this concept in the drawings (page 4, fig. 4-6).

Actual geodesic domes can be designed based on Icosahedrons or Dodecahedrons or more exotic geometries, but I am using the dodecahedron here because that’s pretty easy and straightforward to model with just the basic equations from the Wikipedia. 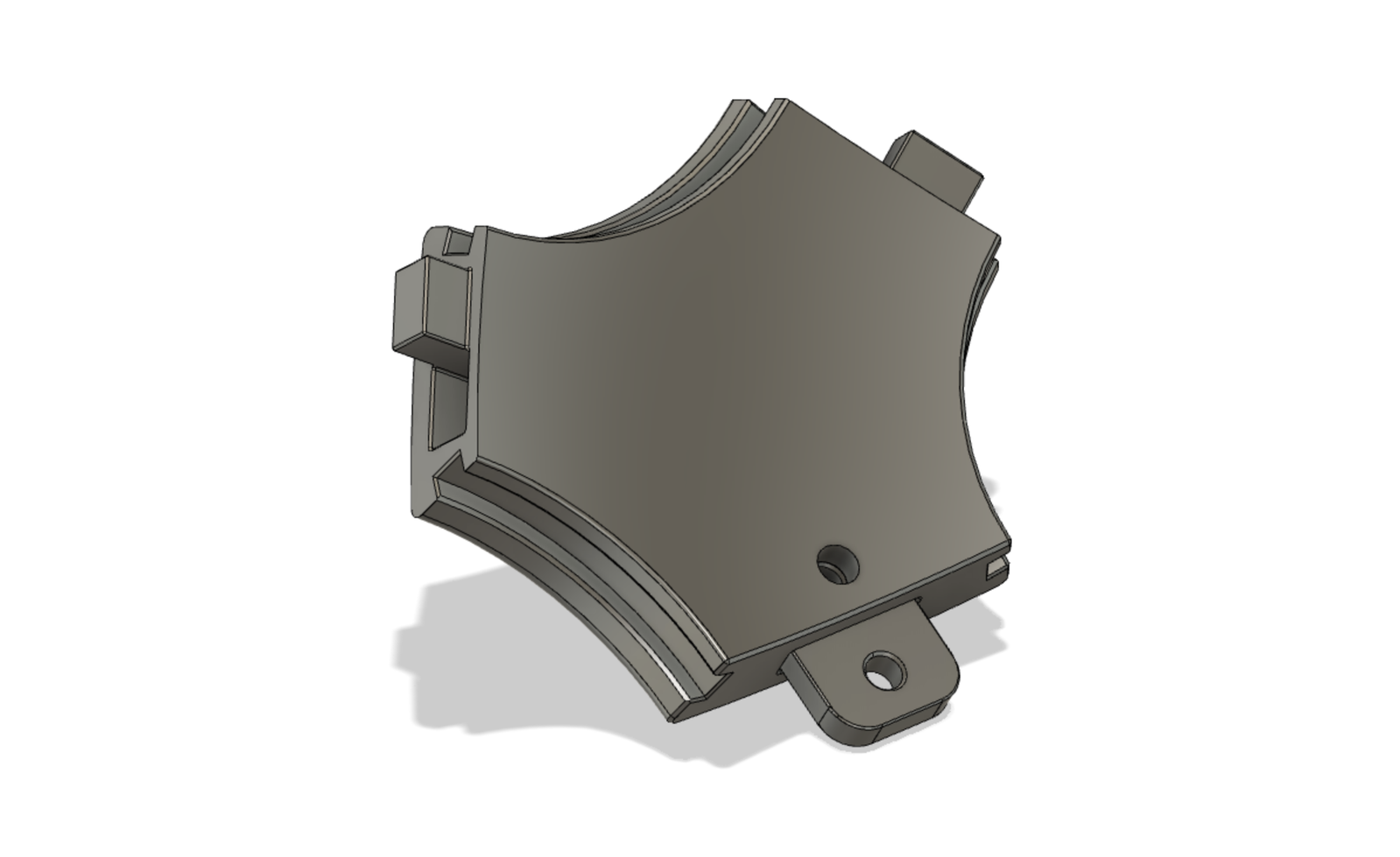 Once we’ve got the shape we just need to add a few connectors to the segment and make it on a 3d printer.

It is clever to use a brim for the segments as they touch the buildplate only on a rather small area. Total printing time was about 96h hours. 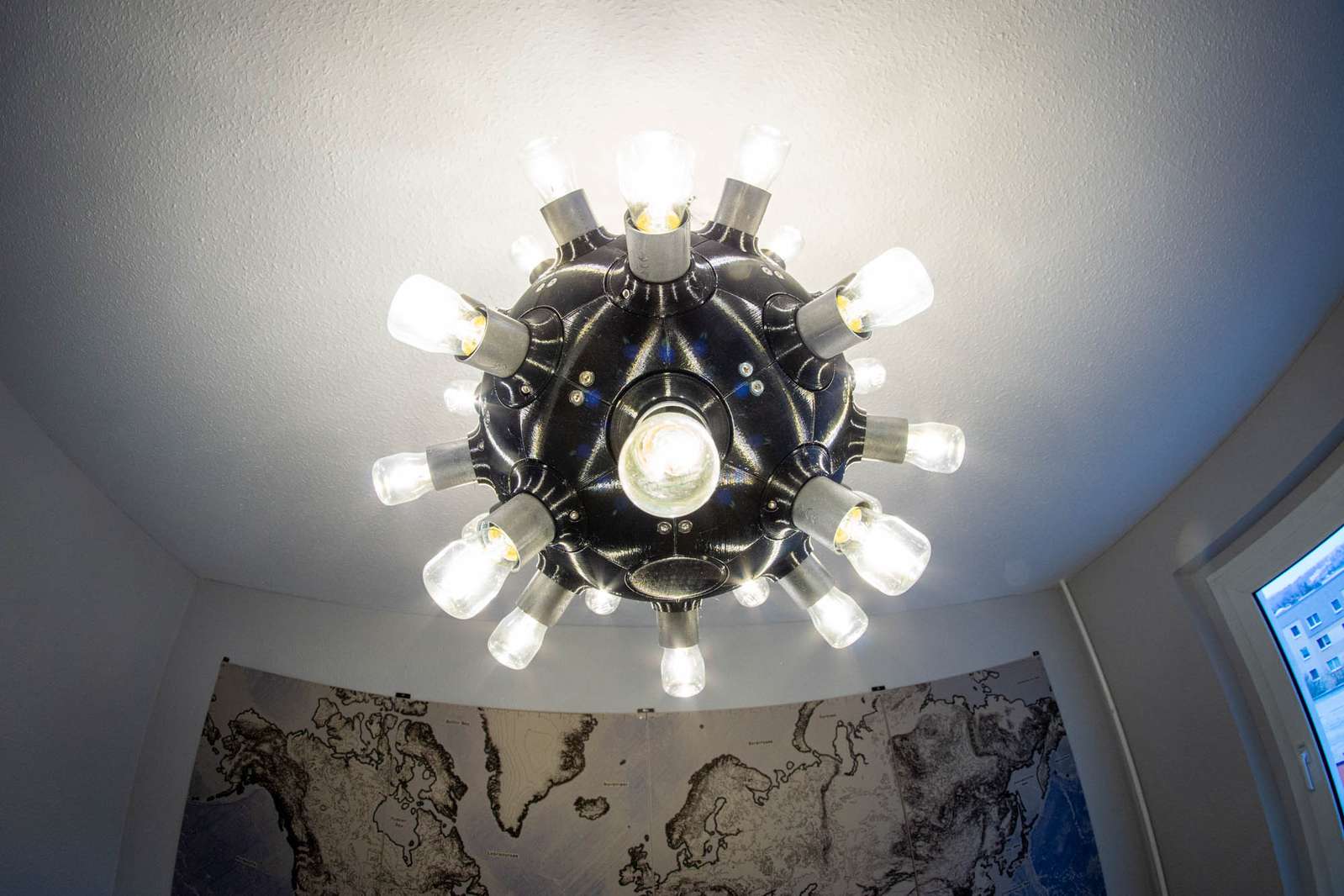 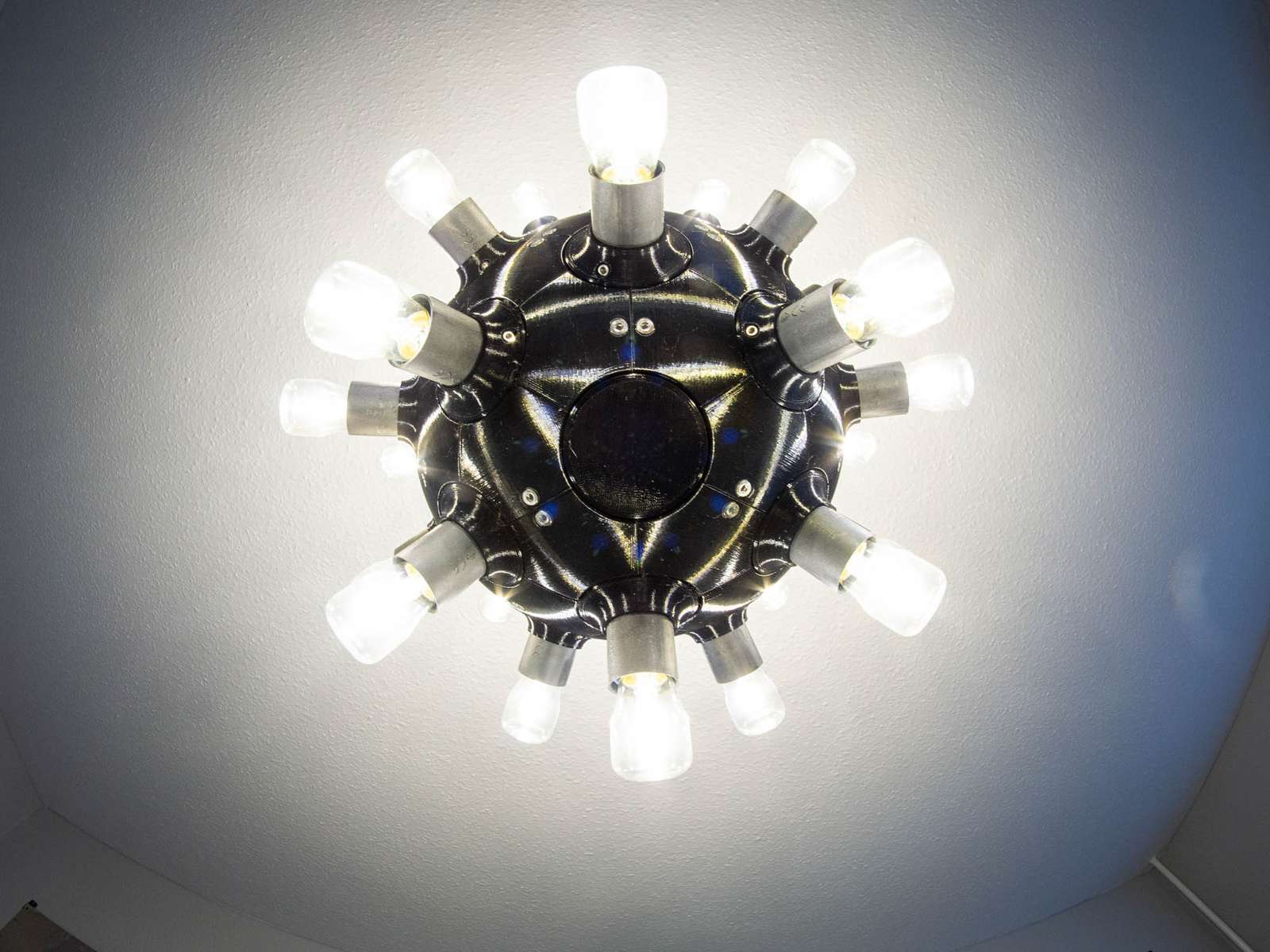 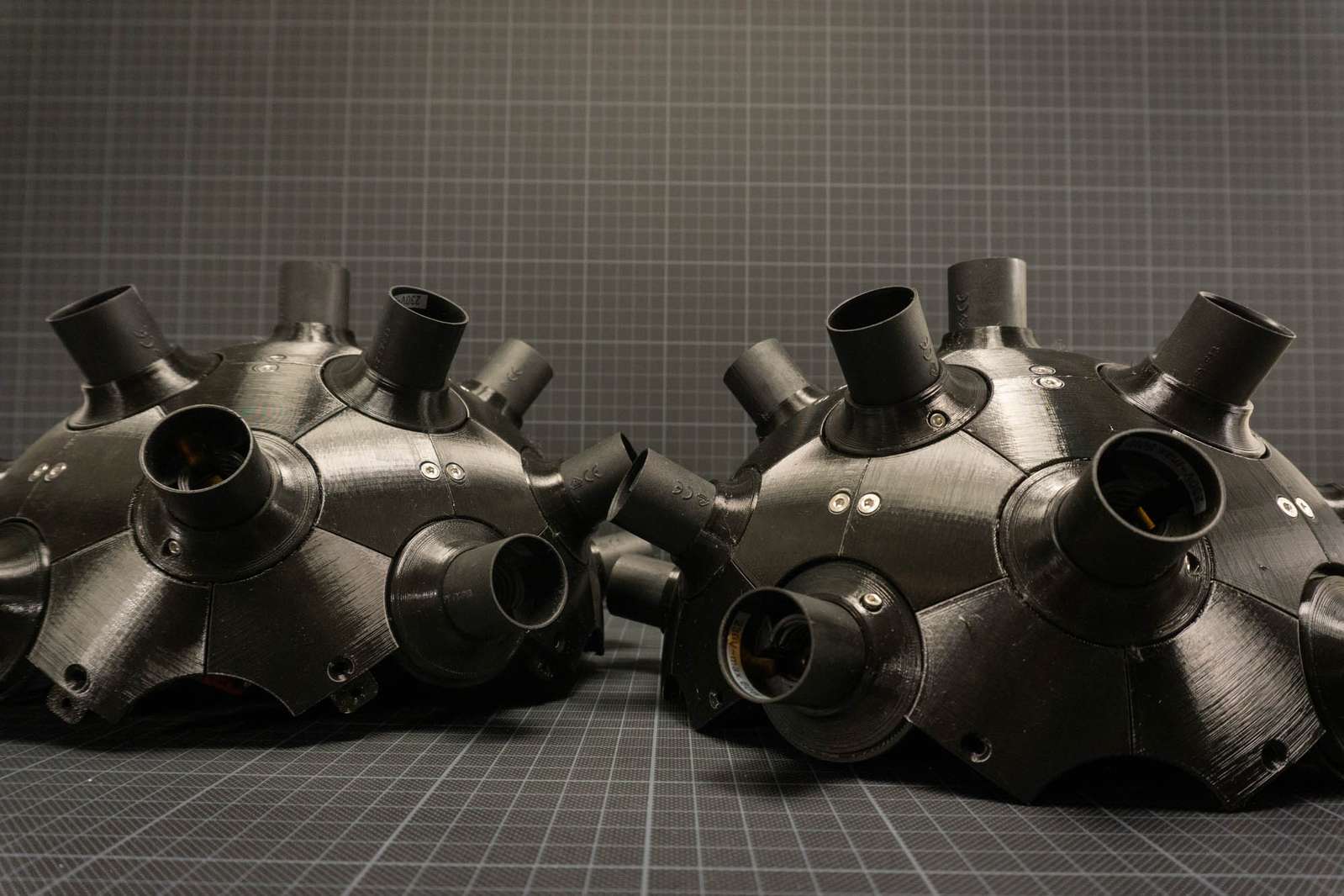 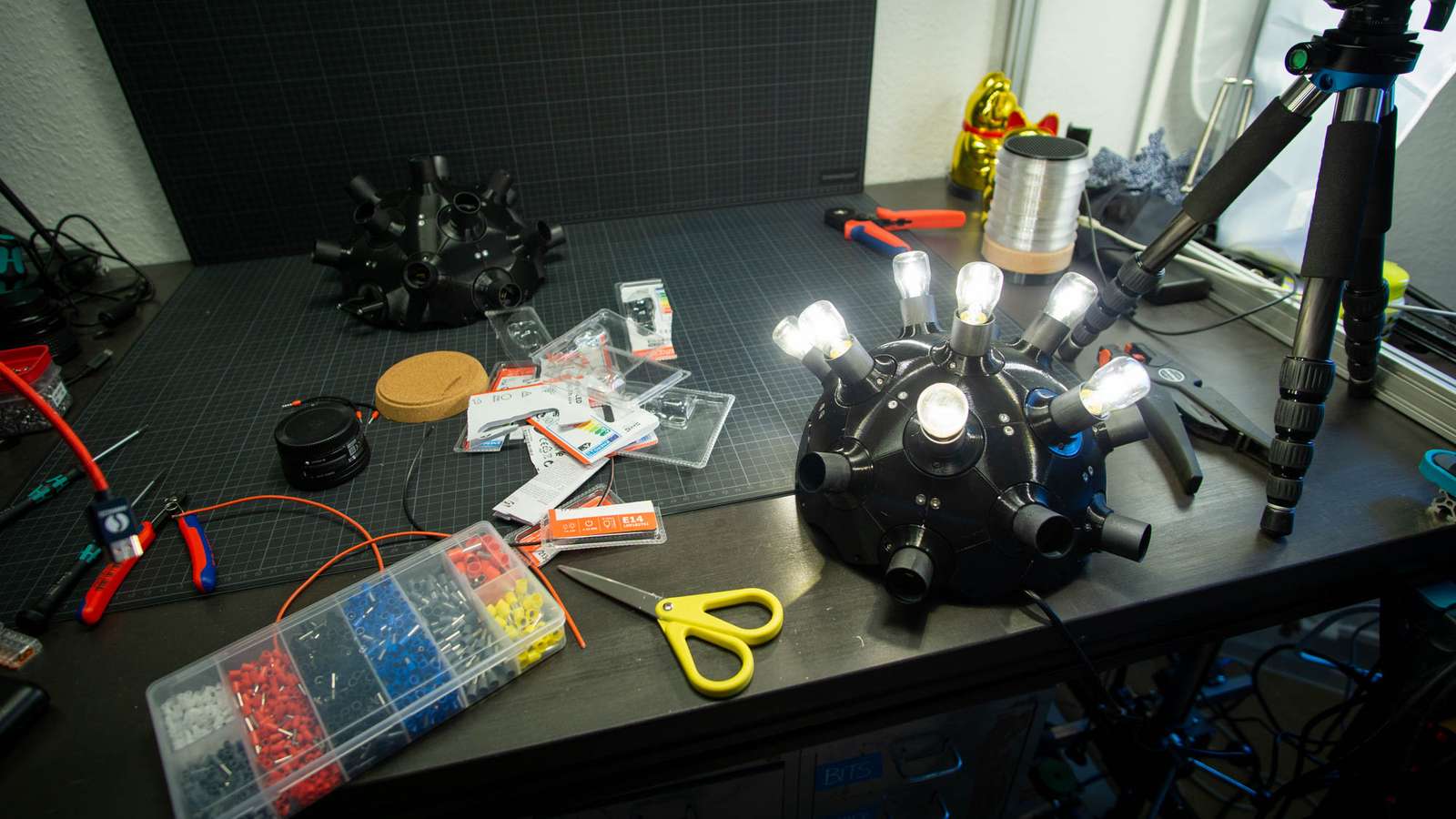 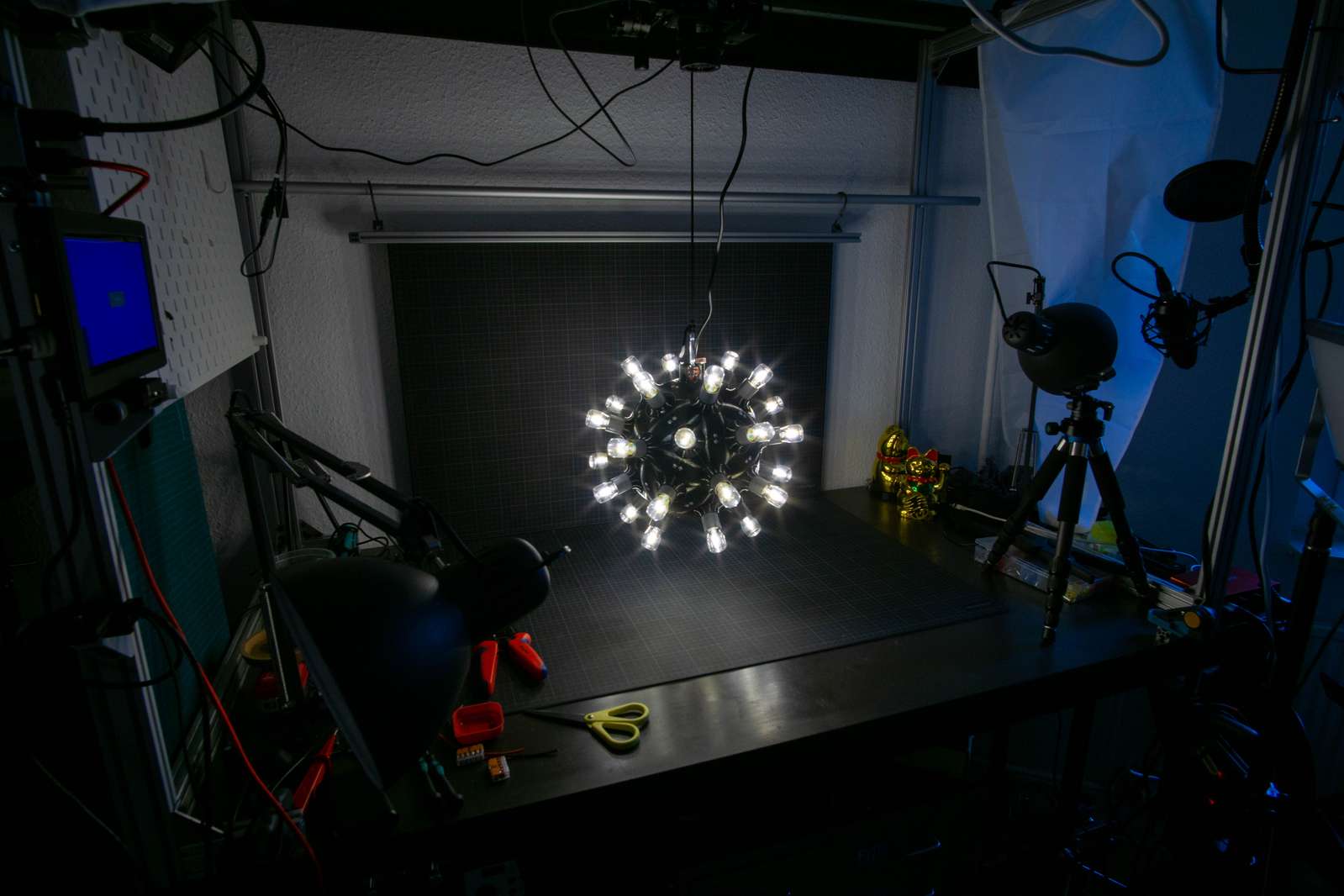 I got 30 low intensity lightbulbs from Ikea (socket type E14) and cheap standard light bulb fixtures from a noname brand. Everything else is 3d-printed and consumed almost a kilogram of filament. Total cost was something around 160€.

Things I would do differently next time:

Buying the cheap Ikea bulbs was not a smart move. The built-in LED controller does not support dimming. Would have been kinda nice being able to dim a lamp with a total light output of 2400 lumens.

If you like to build exactly this or something similar, links to the design files are here: